It is with extremely deep sadness that the Leeming Spartan Cricket Club advises that one of our beloved life members in Maureen Preedy has passed away yesterday aged 69.

Maureen had been an integral part of the Spartan Club during the eighties and nineties, helping with a variety of different functions and events, but ultimately serving as the mainstay of the Club’s canteen which was open on match days. It was through Maureen’s efforts that the canteen became a vital money-earner for the Club.

Maureen passed away due to the horrendous virus that currently engulfs the world, COVID-19, and her death will certainly shock our members – both past and present – to the very core. It is said that this terrible virus will change the world forever, and whilst that is yet to be proven, it has without doubt forever changed the Spartan family, of which Maureen was a massive part.

Maureen, alongside her husband and fellow life member Barry, has been fundamental figures in the history of the Club, and her passing is one that will take us all many moons to come to terms with.

In her time at the Spartans, she was a regular fixture on a Saturday afternoon, running the canteen at both Trevor Gribble and later John Connell following our move there. Maureen was instrumental in organising quiz nights and socials and her larger than life personality made her a very popular asset at the Spartans.

Maureen stems from an era in the early eighties that is so fondly remembered at the Spartans – a ‘cricket widow’ every Saturday who went on to become a Life Member in her own right. Alongside other legends of the Club including Lydia Read, June James, Olivia Dama, and Deb Blight, Maureen quickly became a regular figure at the clubhouse and a dedicated patron as well.

Maureen’s dedication to the Club has been sensational – perhaps most obvious when in the 1984/85 season she became the first-ever woman to win our Best Club Person Award, our highest seasonal honour. Maureen was inducted as a Life Member in 1991, alongside June James, becoming just the fourth woman to be given the honour. One that she truly deserved.

Her passing leaves us with deep sorrow, perhaps even more so in this time of great uncertainty. One thing that is for certain however is that her unwavering dedication will be remembered fondly, and her memory will live on at the Spartan Cricket Club. Our thoughts and dearest sympathies extend to Barry and her children, rest in peace Maureen. 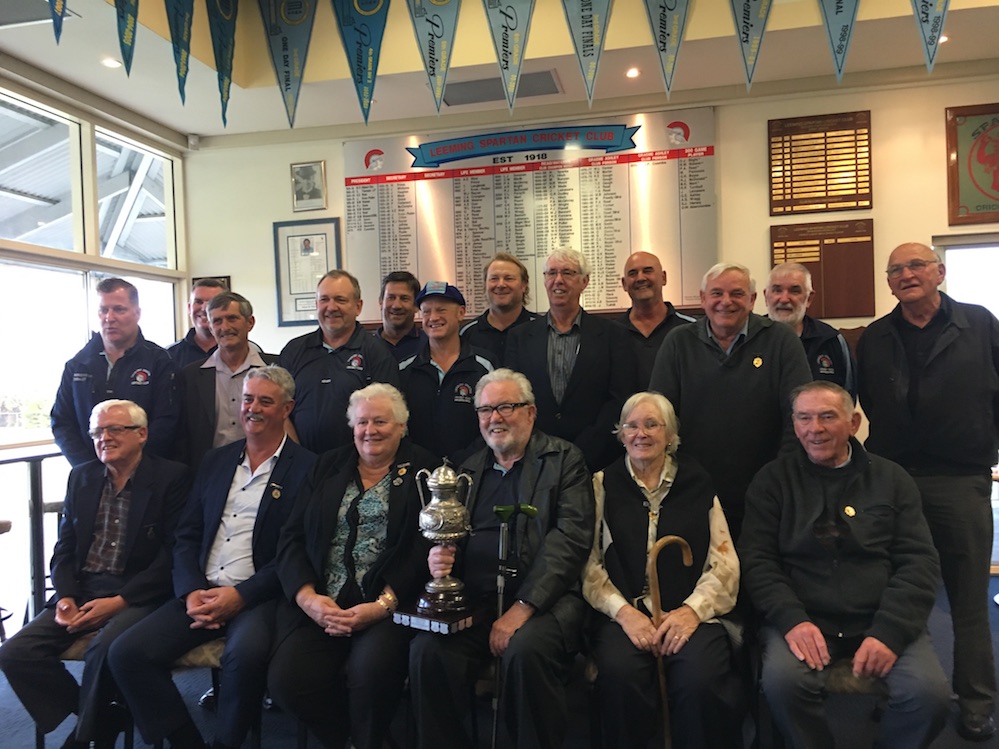 Maureen Preedy (third from the left, front row) pictured at a Life Members gathering in 2017.

We also invite all Spartans past and present to please leave a message on either our comments section below or on our Facebook page tribute for Maureen. The Facebook post is available here.

In recognition of the Australian Government’s social distancing measures currently in place in light of the global epidemic that is COVID-19, please be advised there will be no public funeral arrangements for Maureen. As funerals in Australia are currently limited to ten persons of immediate family members, Maureen will be remembered by family and close friends at a private ceremony.

The Leeming Spartan Cricket Club will certainly, however, endeavour to celebrate Maureen’s life at a later time. It is proposed at this early stage that when the time is right, a gathering will be held at the Leeming Spartan clubrooms later this year to remember Maureen. This will be held as soon as possible but in recognition of the uncertainty that currently engulfs the world information in relation to this will be provided as soon as it becomes available.

Our thoughts are also with the family of Maureen, including her children, Simone and Kelvin, and husband Barry during this extremely difficult time. As mentioned above we invite all to leave a message where possible.

Barry himself is also currently in isolation and is battling this virus. We extend our deepest thoughts and well-wishes to him and hope that he makes a full recovery. Both he and Maureen had been on holidays in Italy on the Costa Victoria at the time. As such we wish Barry all the best and our thoughts and prayers are certainly with him also.

We’re also asking you to please send in any photos of Maureen and Barry that you may have, we are hoping to compose a slideshow for our website. Please email any such photos to secretary@spartans.com.au