The Leeming Spartan Cricket Club has accumulated many amazing performances over the years – and any time we get to highlight some of them is an opportunity too good to miss! Specifically today we thought it worth looking into some stats that are sure to conjure up many memories from those involved.

Today we are looking at some of the more common leading statistics in our 102-year history, including those such as highest team totals and best individual performances – stats that still stand to this very day.

This article is certainly one for the stats-buffs who love to ponder over any aspect of cricket history, and with the 2020/21 season quickly approaching it is the perfect time to get a crash course of Spartan statistics!

We recently released our 2019/20 Yearbook that takes an in-depth look at the leading statistics from the most recent cricket season, however the ones listed below are those that encompass all seasons of the Leeming Spartan Cricket Club.

Surely several of these stats can be brought up tonight when we all come together for our Spartan Catchup at Cabin401 in Bibra Lake! You can read more about that right here!

So with that in mind, check out some of the most amazing Spartan statistics below! 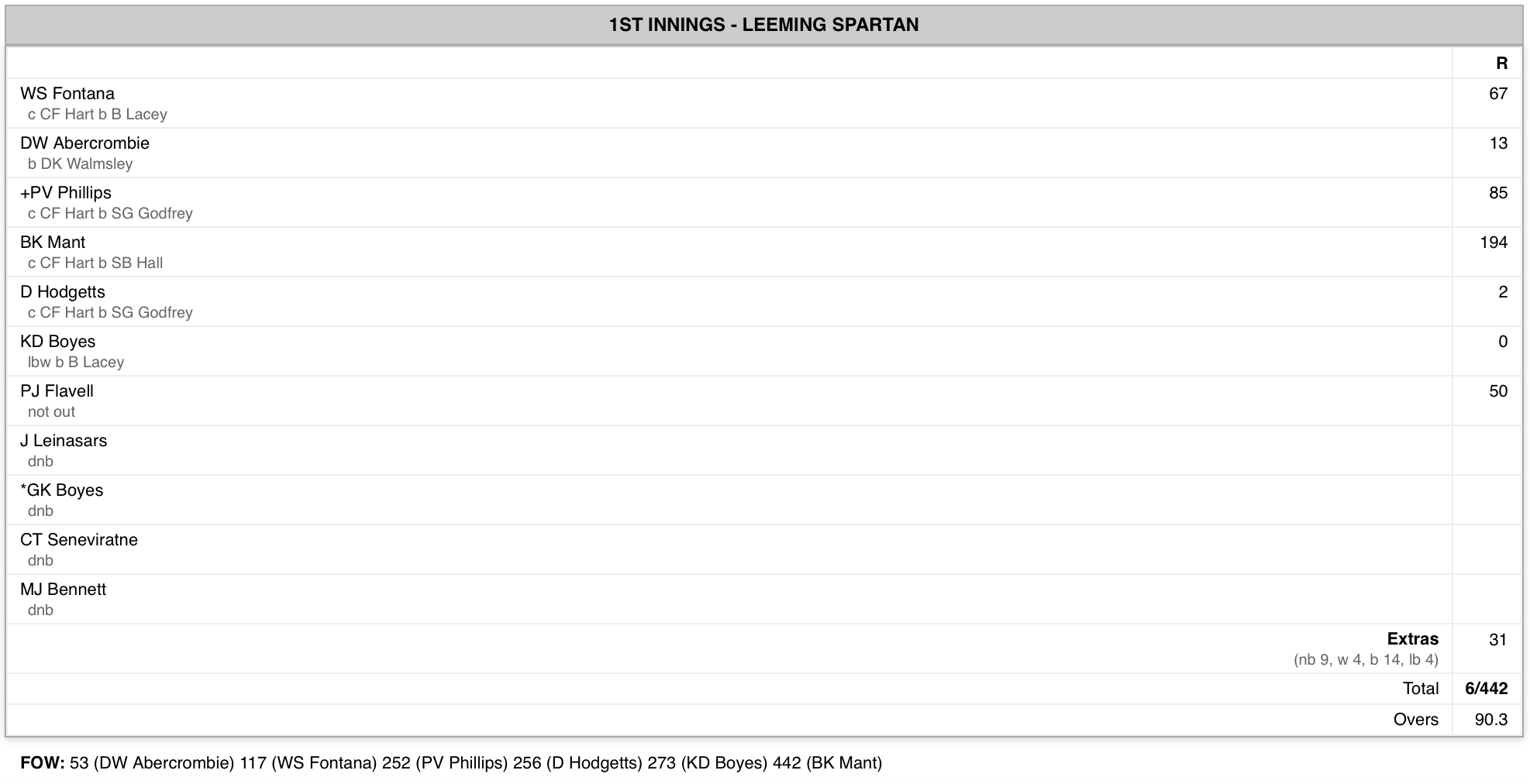 The scorecard from the record Leeming Spartan team score

Most Runs In A Season (By Grade):

Highest Ever Scores (By Grade):

Most Wickets In A Season (By Grade): 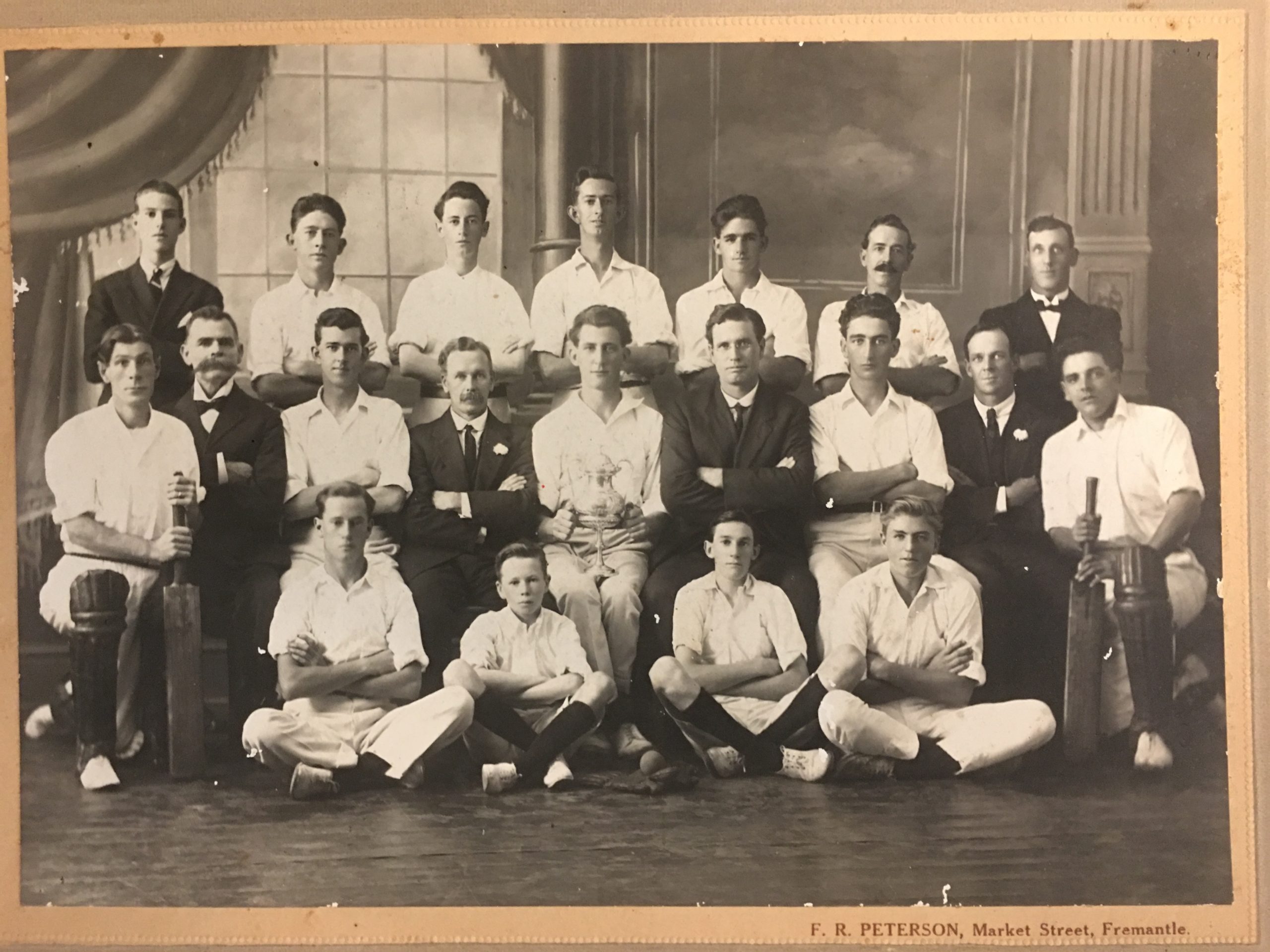 Roy Thomson (pictured here in the front row, second from the left, in our 1922/23 premiership photo) holds the record for the most wickets in a season by any Spartan player. Roy took 90 wickets in the 1931/32 season. Roy was the son of Leeming Spartan President Stuart Thomson, who is seated directly behind Roy.

Roy Thomson’s association with the Spartan Cricket Club was predominantly in the era before the outbreak of the Second World War, having played in both the Churches Association and the Fremantle & Districts Mercantile Cricket Association.

He remained in contact with the Spartan Cricket Club in the years that followed, and of note in 1993 when the Club celebrated its 75th anniversary, Roy was in attendance on that night at the civic reception held to recognise the milestone. Roy Thomson would pass away in the late nineties.

Best Ever Bowling Figures (By Grade): 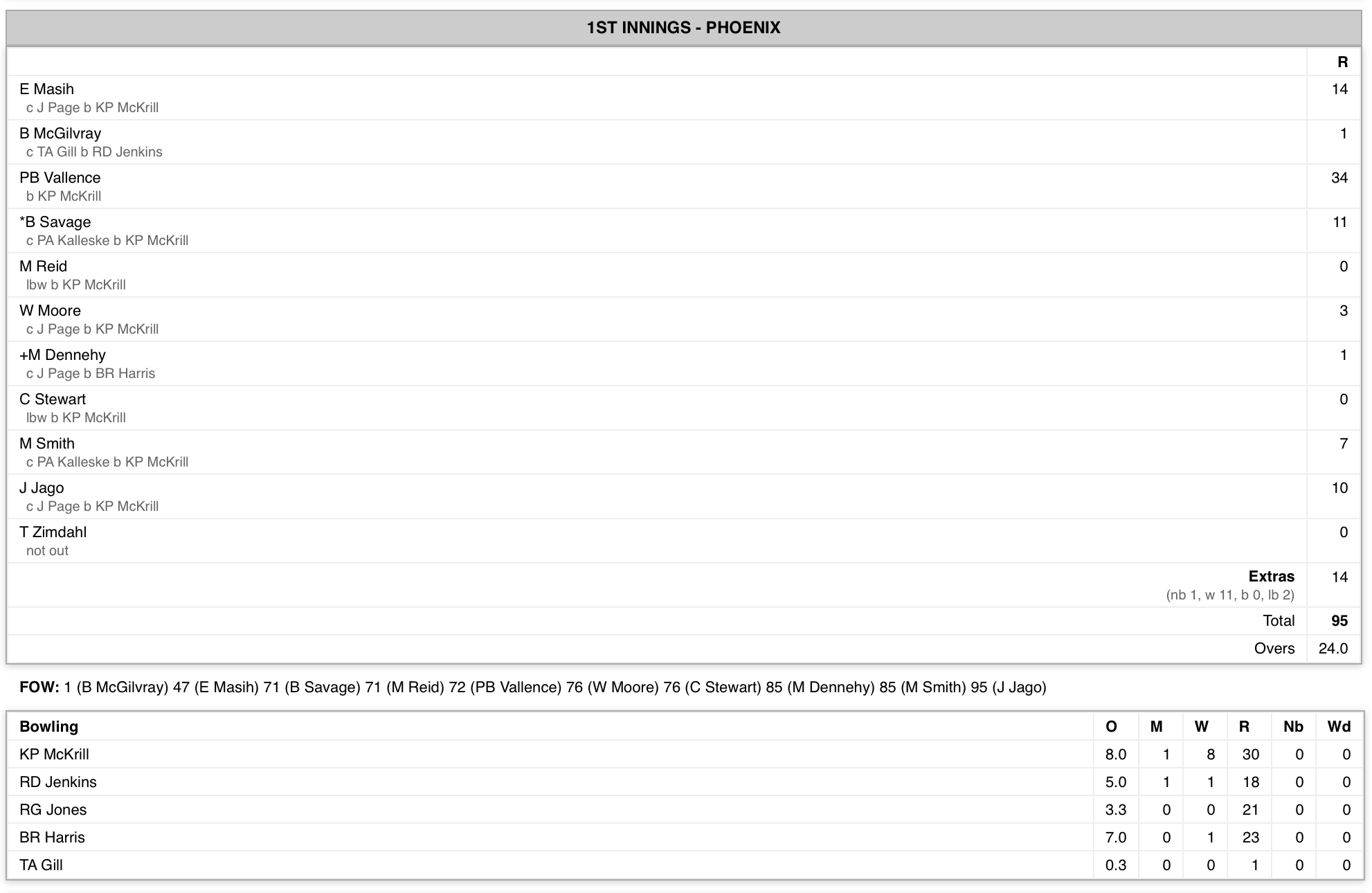 The Scorecard from Kodie McKrill’s record-breaking haul of 8/30. These are the best figures in First Grade by a Spartan since World War Two and came exactly 90 years after the best pre-WW2 figures.