On Tuesday afternoon, we saw our F15 side win the Grand Final of the SMCA Tuesday 15-overs per side competition.

At John Connell Reserve, our opponents Cockburn won the toss and elected to bat. However, due to tight bowling from Sam Pitkethley 2/21 and Skipper Chad Forsyth 3/9, the Cavs were reduced to 4/31 in the 7th Over. Steady wickets fell with Cockburn finshing their allotted 15 overs at 9/85.

Leeming opening pair Jake Forsyth and Ben Harris then set about finishing the game early, racking up 23 runs after just 2 overs. Their stand would take the team score to 42 before Harris was caught for 28. The aggression continued from Willetton Crows loan player for this competition- Chris Chellew, who smashed a quick fire 32 and ended up not out as the winning runs were scored.

Spartans were 5 wickets down in just the 11th over when the score ticked over 88.

A huge congrats to all players who represented Leeming over the competition rounds and finals, including Lachie Liddell, Josh Foster and Luke Dawson who didn’t play the grand final but made solid contributions in getting the side into the GF.

This is a second F15 premiership for Leeming after first winning this competition in Season 2017/18 and the club’s second premiership this season in as many Grand Finals after our 7th Grade triumph in their One-Day Final on 23rd January. 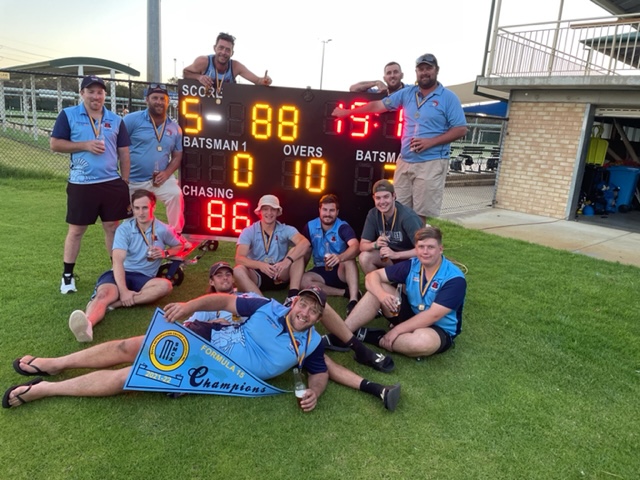