Following First Grade’s demolition job in their semi-final against Cockburn yesterday, in which we routed the visitors for just 47 before chasing it down with ten wickets intact, it was agreed that there wasn’t much point of resuming proceedings today in the hopes a second innings could be played out – particularly given we were only one wicket down at stumps.

This has led to one almost unprecedented side-effect, in that our Life Members, Past Players and Sponsors Day which was scheduled to transpire this afternoon will no longer have any live cricket at John Connell Reserve to watch.

Our massive Sunday is still on today at John Connell Reserve! Get down from 2:00pm for a massive day of action – the bar, BBQ and clubhouse are all ready to go!

Fear not though because we still have a massive day planned and the clubhouse is definitely still open! Proceedings are kicking off at 2:00pm today despite First Grade’s rout throwing a spanner in the works and we’re still expecting a huge crowd down at John Connell Reserve.

As you’ll see below, we’ve had to alter the flyer somewhat to make sure it still suits but the bottom line is simple – get down to the Spartans and have a brilliant afternoon!

It’s also family-friendly so be sure to bring down the kids and have a blast of an afternoon – a great way to spend a Sunday down at the Leeming Spartan Cricket Club! 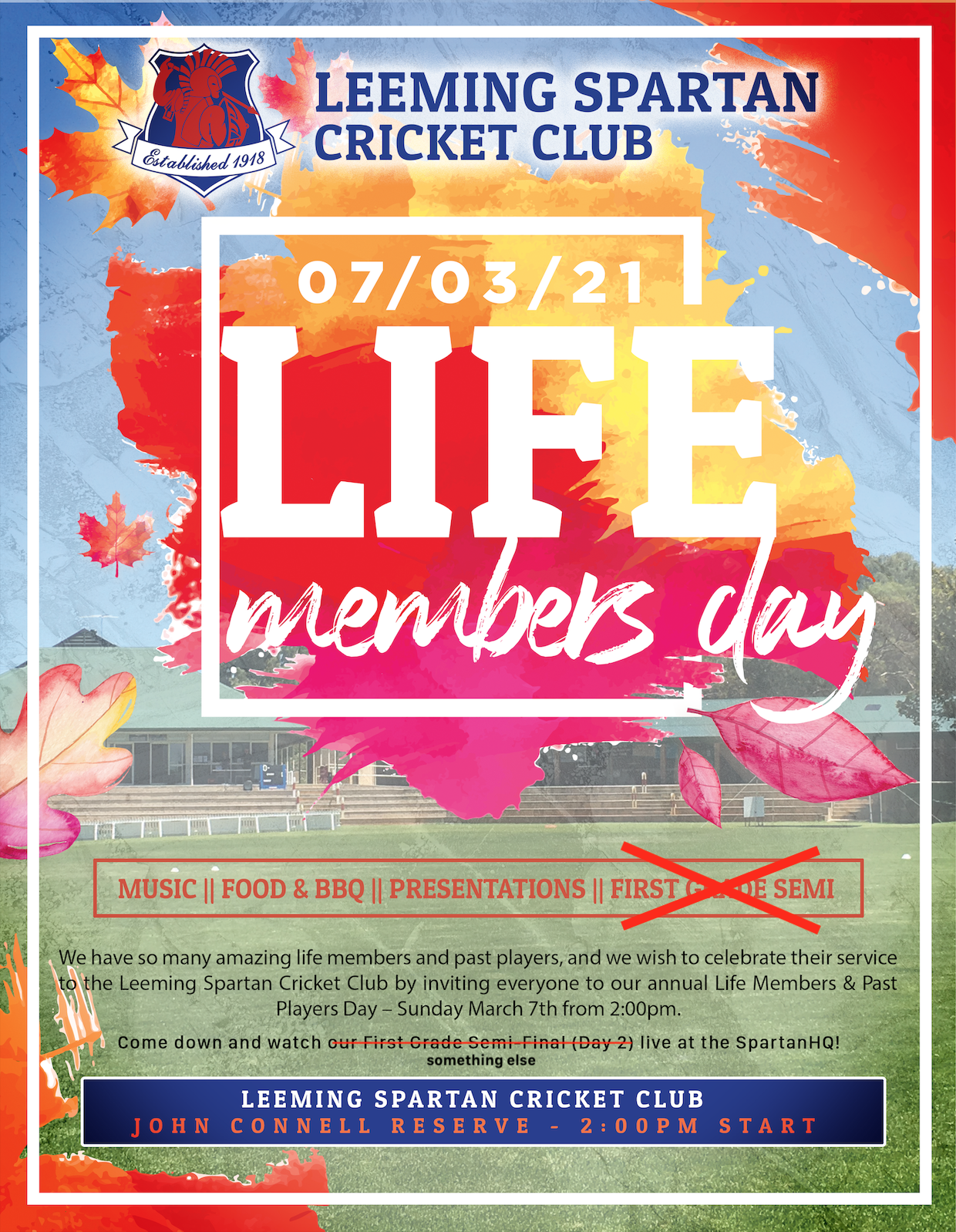