The 2020/21 season keeps on getting better for star-Spartan Chad Forsyth, who tonight claimed a comprehensive victory in our annual best player award, the Read/Waterer Medal.

Chaddy has been the clear star for the Leeming Spartan Cricket Club this season, a stand-out in the First Grade competition amongst all other clubs, meaning he is therefore is a deserved winner of the Club’s highest on-field honour.

Ultimately he polled 27 votes, well ahead of second place after having an extraordinary season in our top grade. It is Chad’s first time winning the Read/Waterer Medal in what is now his fourth season at the Spartans.

The fact that he polled 27 votes also is quite remarkable given this is a shortened season because of COVID-19, and not only were there less games being played the maximum number of votes that one individual could receive was also reduced.

His statistics on the field though well and truly show that he was the deserved winner of the Read/Waterer Medal – an award named after two of our finest stalwarts in Lew Read and Brian Waterer.

In his 11 games – four of which were T20 matches and could only yield a maximum three votes (as per the normal games which provide seven), Chad has taken a whopping 32 wickets for just 304 runs at an economy rate of only 2.25 runs per over. Chad’s wicket haul means he is the second leading wicket taker in the competition’s highest grade, and his average of just 8.03 runs per wicket is the best in the competition. Additionally, he has had some very handy cameos with the bat too, including 37 not out after we were 9/92 in what proved to be a match-winning knock against the arch-rivals CBC. 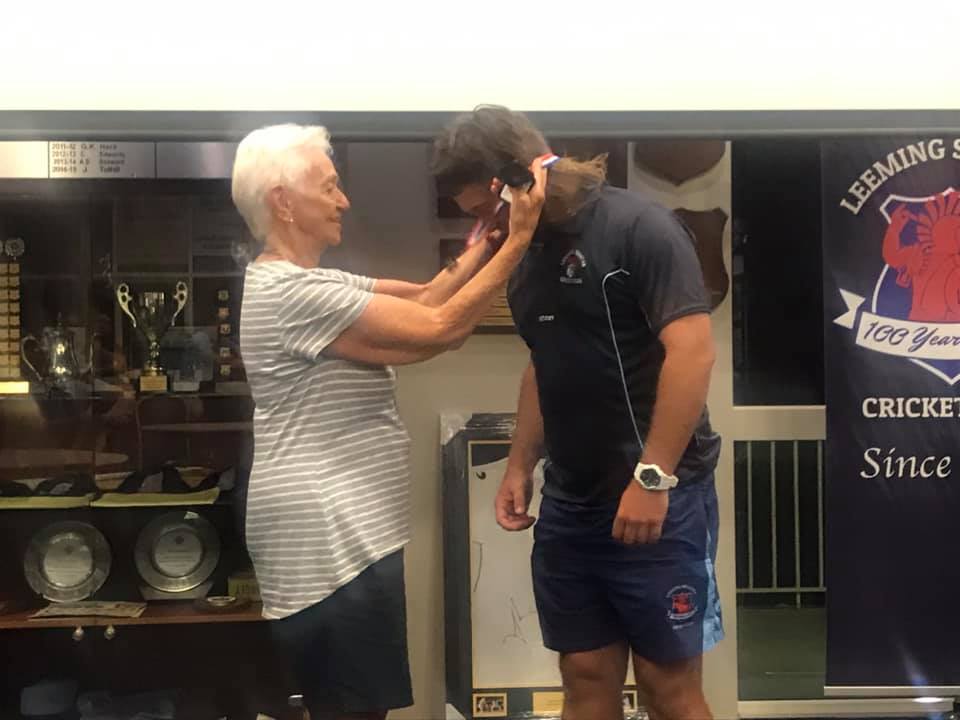 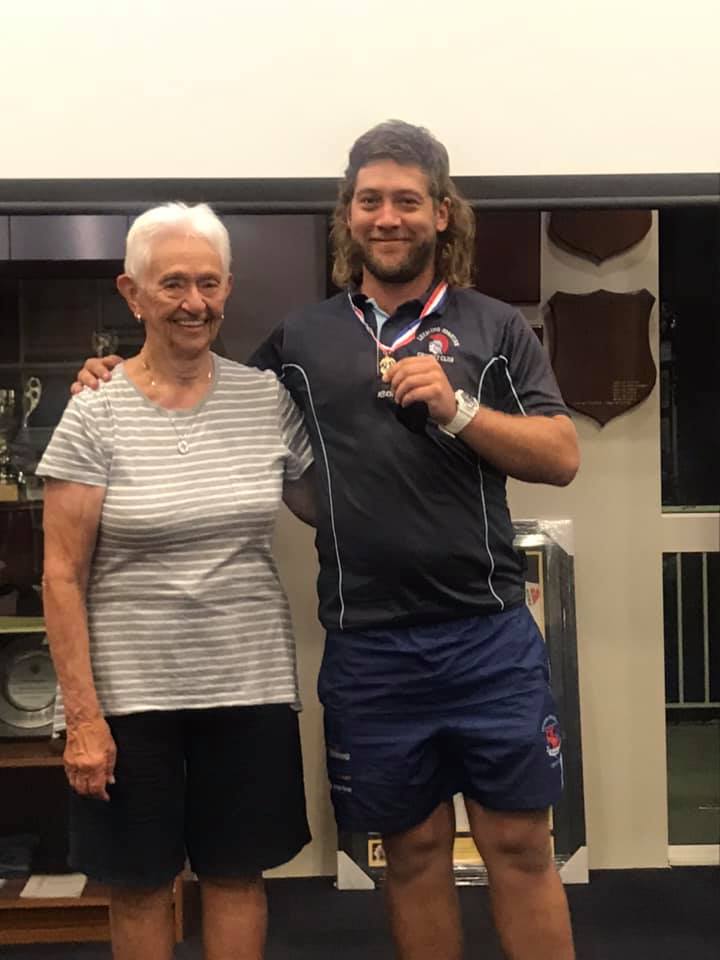 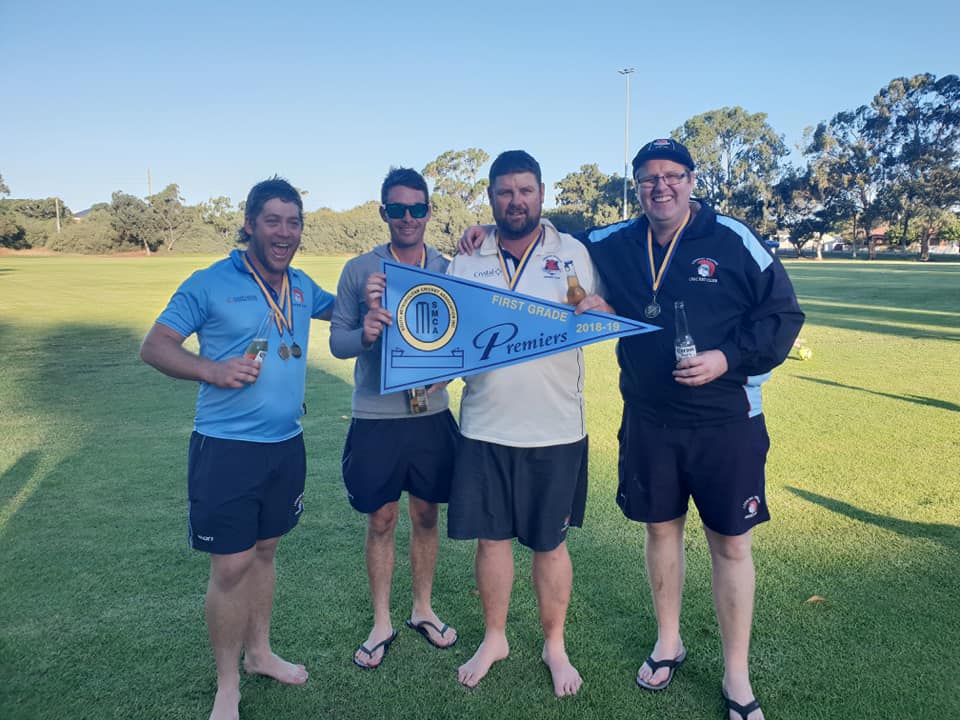 His personal stats, pictured below, certainly go to show just how impressive this season has been for Forsyth. 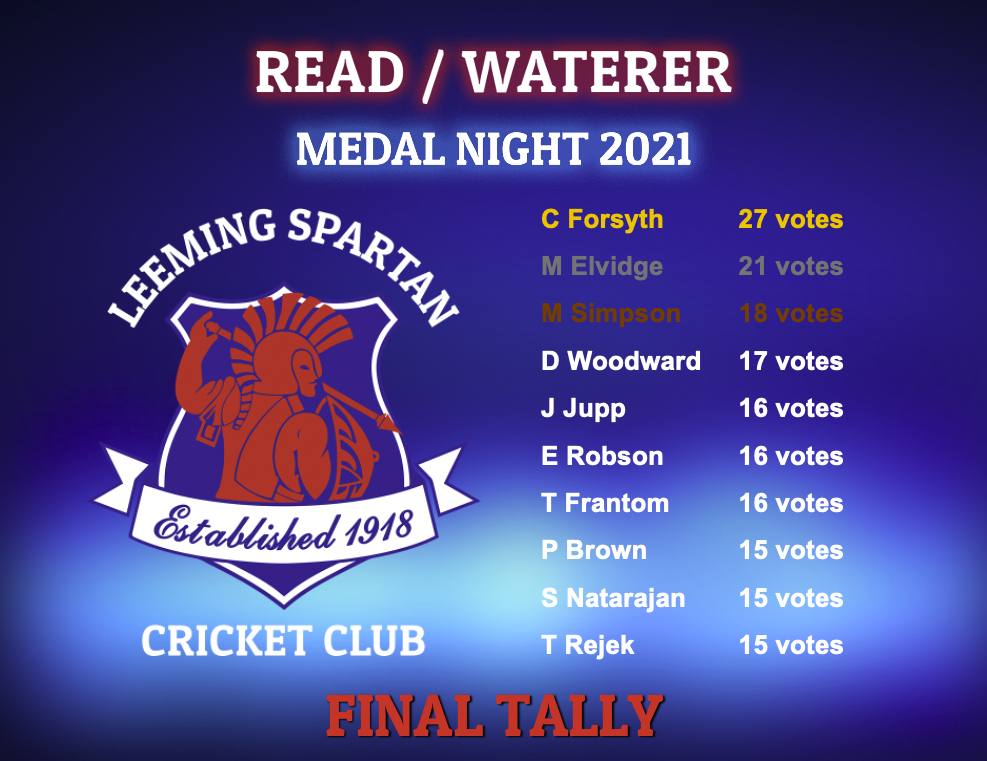