The Leeming Spartan Cricket Club has had its Facebook page reinstated following confirmation between the Federal Government and Facebook Inc. after the company agreed to revised regulations late last week.

Pages of media publishers, including the Leeming Spartan Cricket Club, were reinstated early on Friday morning a week after the social media giant abruptly blocked Australian users from posting or sharing article links.

The Spartan’s Facebook page had been blocked for reasons to do with the federal government’s media bargaining code, which were proposed new laws that forced internet platforms to pay for news content. The legislation had passed the House of Representatives the night before.

Interestingly this affected us directly because we were classified by Facebook as being a news provider, which as humbling as that is to hear, meant that we could not share direct news content with our readers via Facebook – something that we do regularly in order to share the latest updates from the Club. This was incredibly frustrating and required users to go directly to this website in order to receive the latest news.

The timing was not great either, given we were heading into the business end of the season with awards nights, presentations, major events and finals matches all coming up. Thankfully, our Spartans were unfazed by the Facebook ban, and were quick to go directly to our website instead. As a result, the number of visitors to our website rose significantly by 38% in the past week. Those who receive emails in their inbox from the Leeming Spartan Cricket Club were the first to get the latest updates from our website, and it is something we highly encourage as subscribing to our newsletter means you never miss an update from the Spartans.

The Facebook ban meanwhile was to do with the fact the company considered us to be a media outlet in the same way other companies like SBS, 7 News, and 9 News are. The difference here of course is that the Leeming Spartan Cricket Club is a not-for-profit and we do not make any money from the reading of our articles. It is all done in our free time for free, and the only “payment” we get is seeing the large number of readers clicking on our website. There is no money made from our articles which makes the ban by Facebook all the more baffling.

Apparently it was mostly to do with the fact that a lot of our Facebook posts are just links back to our website – where the real full-length information is contained and better formatted than what Facebook allows. The new laws means that when linking directly to our website from Facebook there is a chance the company would have to pay a fee to us in order to do this – but given we are not-for-profit this is not something we would even have the option of doing. Instead Facebook made a blanket rule for any organisation that meets their definition of a media news outlet, and banned them entirely – including us.

The Government worked with Facebook to amend the proposed legislation with an aim to restoring media pages on the website. As a result after a lot of deliberation, the amended legislation passed parliament on Thursday last week, and on Friday, just over a week after the ban, Australians woke up to find news pages restored.

The snap ban, which Facebook has defended but also described as erring “on the side of over-enforcement“, was roundly criticised across the world.

Thankfully however things are back to the way they were, and we here at the Leeming Spartan Cricket Club are back on Facebook with everything resorted – including our photos, posts and videos and it is all once again visible by everyone who visits our Facebook page.

It was certainly a frustrating time, but one we are very grateful has been rectified. The banning only added to what has already been a crazy 2020/21 season, with our one-week lockdown in late January another unexpected experience faced by the Spartans this summer.

You can now continue to catch all the latest news from the Leeming Spartan Cricket Club on Facebook – however the best way to keep up-to-date with what’s happening at the Club remains via our website, www.spartans.com.au and Email newsletter. 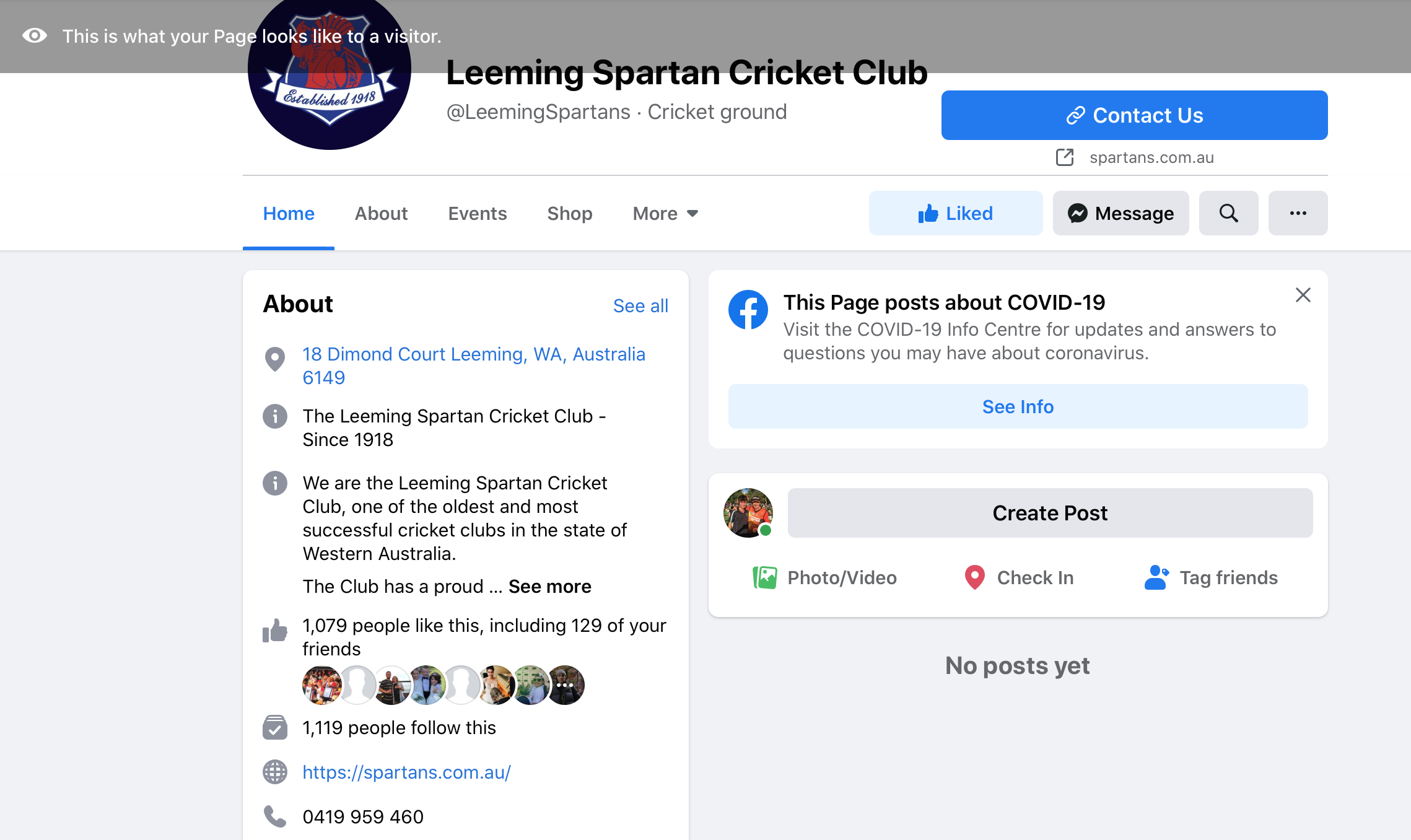 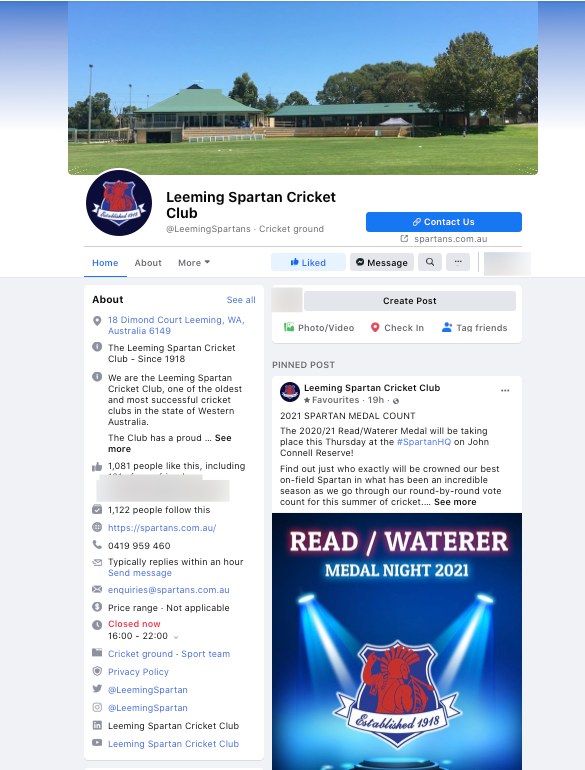 Above: The first image shows how our Facebook page looked to visitors after the ban, with everything hidden from view. The second image shows how the page now looks after it was reinstated.