The Leeming Spartan Cricket Club today announced that it has signed a new deal with the City of Canning regarding the use of Burrendah Reserve, which will enable the Club to move forward with its rapid expansion in the years ahead.

In an agreement between the Club, the City of Canning, the Willetton Crows Cricket Club and the Bentley Cricket Club, the latter from the Suburban Turf Competition, the three clubs will shift playing locations ahead of the 2018/19 season and beyond.

The Leeming Spartan Cricket Club will relocate from the Burrendah Reserve to Shelley Park this season, in what has been described as an “excellent deal for the Club” in its centenary year.

Shelley Park, located on the boundaries of Rossmoyne and Shelley in Canning, will likely serve as home to the Leeming Spartan Cricket Club’s fifth and sixth sides this season. Shelley is approximately an additional two minutes drive longer than Burrendah, however its location directly down Karel Avenue, right onto Leach Highway and first left onto Fifth Avenue makes for a simple route from the Leeming Spartan clubhouse on John Connell Reserve.

Unlike Burrendah, which had no amenities whatsoever, Shelley Park features an impressive array of facilities including dual change-rooms for the home and away sides, mens and womens lavatories, showers, clubrooms and kitchen facilities for afternoon tea. All are available for use by the Leeming Spartan Cricket Club.

The ground itself is impressively flat, tucked away from the noise of Leach Highway, and also includes four practice nets.

Club President Peter Coombs, who is currently overseas, described the ground as magnificent and one that will better serve our players following a tour last week.

The change sees Bentley, the current tenants, move from Shelley to the Centenary Park off Centenary Avenue, which is closer to their home ground. Bentley only used Shelley as an overflow ground because of the hard wicket playing surface.

The changes eventuated because of a desire by the Willetton Crows Cricket Club to ascertain Burrendah from the Spartans, however this was met with initial caution. The offer of a move by the Spartans to Centenary was quickly quashed by Leeming Spartan Secretary Daniel Coombs, who noted that its location from our home ground was not feasible for players to travel to, and then back to the clubhouse.

Initial offers also consisted of a shared-use of the two grounds between Leeming and Willetton, however this too was considered impractical.

Following multiple conversations with the Council over phone and Email, the Club was able to ascertain unrestricted access to the Shelley ground, giving Willetton full use of Burrendah.

It ends an eight-year stint by the Spartans at Burrendah, who received the ground following the Willetton Crows’ move to Centenary in 2009.

Secretary Coombs described the situation surrounding Burrendah disappointing given the time of the year just one month out from the season (with ground booking forms due at the end of this week), as well as the recent break-in and the Club’s hundredth-year preparations which has demanded unprecedented attention.

Following work with the council, the Club was however able to secure Shelley thanks to Bentley, with both clubs needing to relocate because of the Willetton proposal.

The deal was signed in full yesterday afternoon, following a meeting with Daniel Coombs, Vice President Paul Kalleske, the City of Canning’s Stephen Handicott, who it must be said was fantastic in his workings with the clubs, and members from the Bentley and Willetton Clubs.

Given the time of year that the matter had arisen, it was a high priority for all three clubs and the efforts of the Council are to be commended, with an agreement reached in swift time that works well for all concerned.

Willetton will retain the western ground on Centenary for their third and fourth sides, with Bentley given full access to the northern ground.

A panoramic view of Shelley Park.

Following the meeting, the Club was able to speak with Stephen regarding Shelley, who provided a full tour of the inside of the building. The building boasts the two aforementioned change rooms and shower facilities, with a canteen area available for use.

The Club is also welcomed and encourage to make the reserve its own, with the opportunity to utilise a storage facility, display signage and sponsor materials. Excitingly, there was discussion surrounding possible implementation of honour boards for players who perform well on the ground.

Similar to our five-wicket and century boards inside the John Connell change rooms, the Committee will meet to investigate a similar option in the next month.

Additionally, discussions were held about a potential installation of a wicket on the vast space behind the change rooms. This would potentially allow for two Leeming Spartan sides to play at the venue each week. It makes for interesting conversation, given the Spartans’ hopes for a second ground on the John Connell Reserve, which located in the City of Melville, has been more than thirty-years in the making.

Several minor aspects of the deal are to be finalised in the next week, including the hand over of keys, but ultimately the Club is delighted to have a new home ground that is more befitting of the Club ahead of its one-hundredth season. 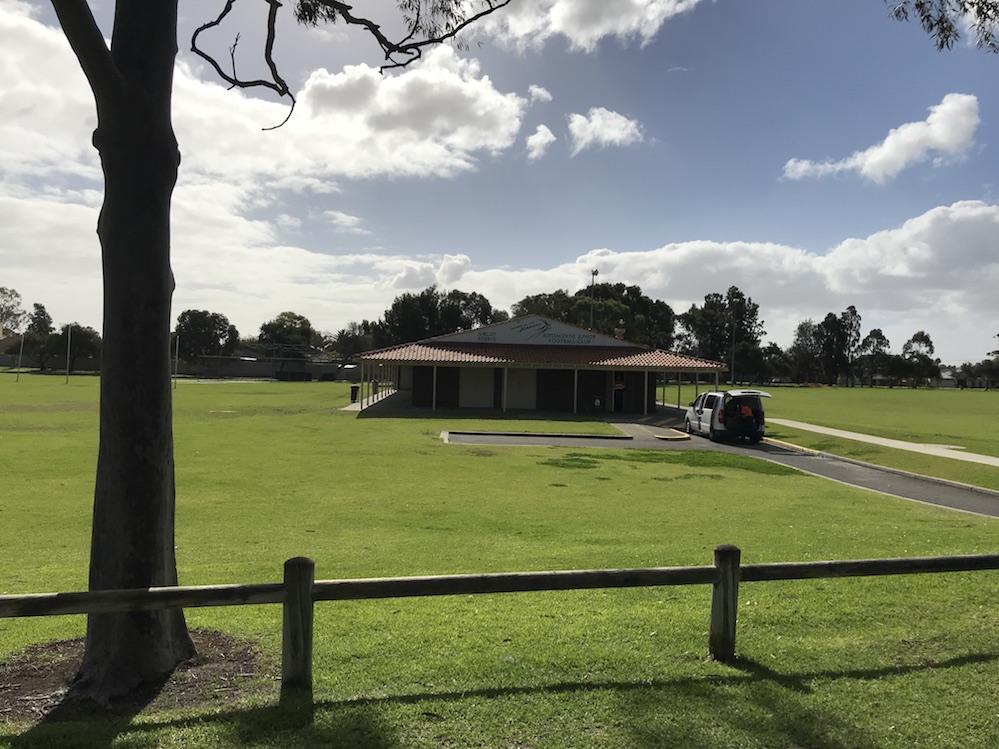 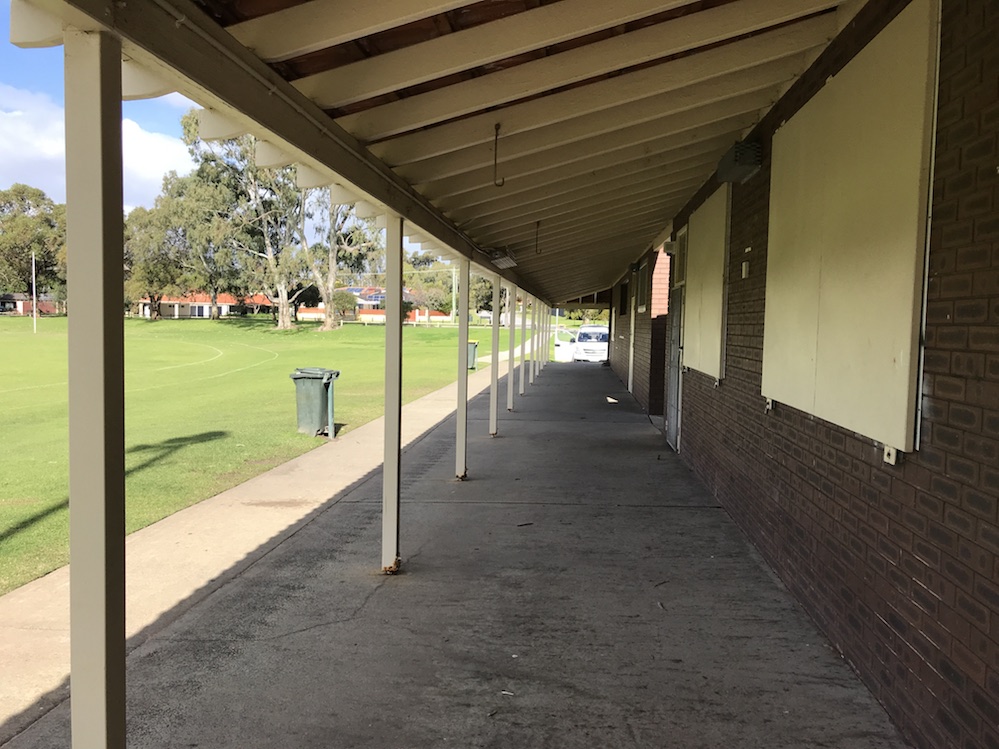 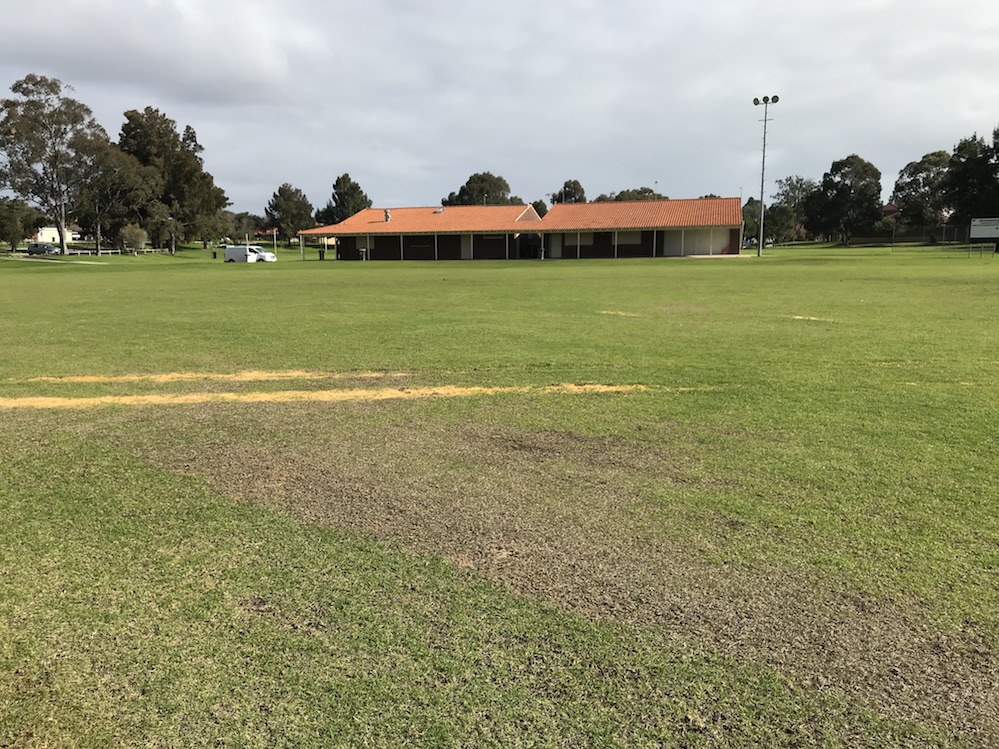 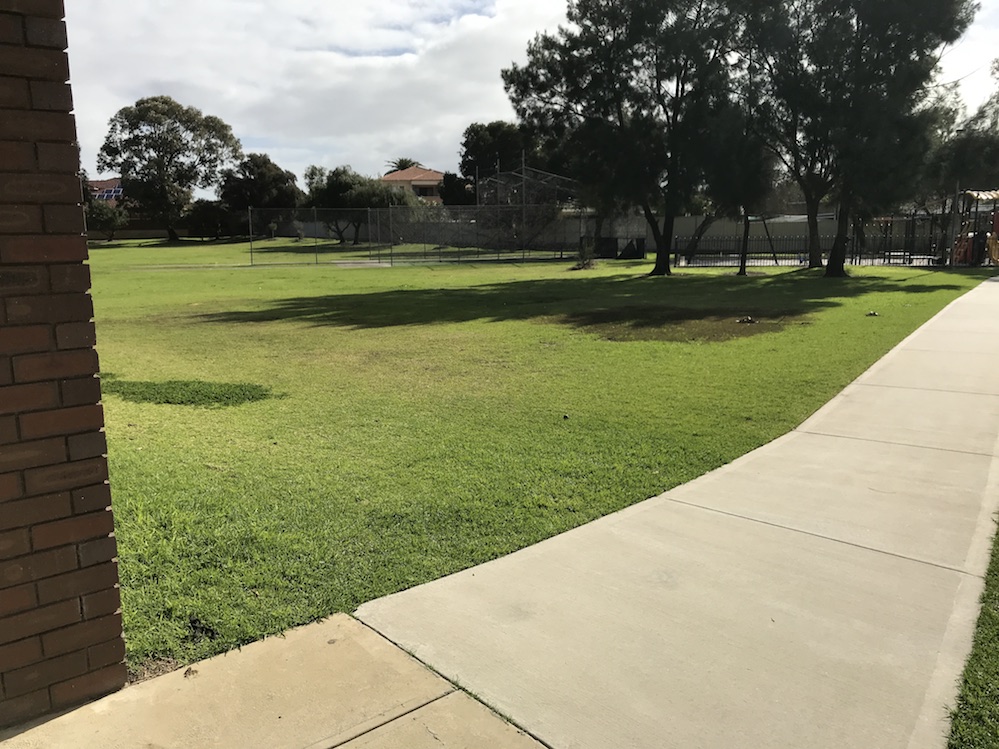 Shelley Park includes dual change-rooms, nets, kitchen and park. The allocation of the oval has been described as a fantastic result for the Club.