We’re thrilled to announce that the Leeming Spartan Premiership Photos from our 2019/20 season are now available for everyone to view on our website and download a copy of!

The 2019/20 season saw the Leeming Spartan Cricket Club win a whopping four premierships – including two in the First Grade competition in what was the first time we had ever done the double of winning both the First Grade two-day and one-day premiership in the same season.

Of course the grand finals themselves were not played due to the impact of COVID-19, but this did not stop us celebrating the victories and premiership glory in what was a sensational season at the Leeming Spartan Cricket Club.

In addition to the two First Grade flags, we also won the One Day ‘A’ and One Day ‘E’  premierships after both sides also claimed the Minor Premiership by finishing on top of the ladder.

Whilst only one grand final was played all season for the Club, it proved to be a beauty as the First Grade triumphed in enemy territory over Phoenix in the one-day grand final back in February.

This was a truly remarkable season in more ways than one, and despite the anti-climax of not being able to play the most important match of the season, we nevertheless took home four incredible premierships which we will add to the collection and put on display in our clubrooms.

It was great to be able to produce the premiership photos with the teams, and as you’ll see below they were taken at our home ground on John Connell Reserve. To download a full PDF copy of the photos, please click on the image to go to the linked file. 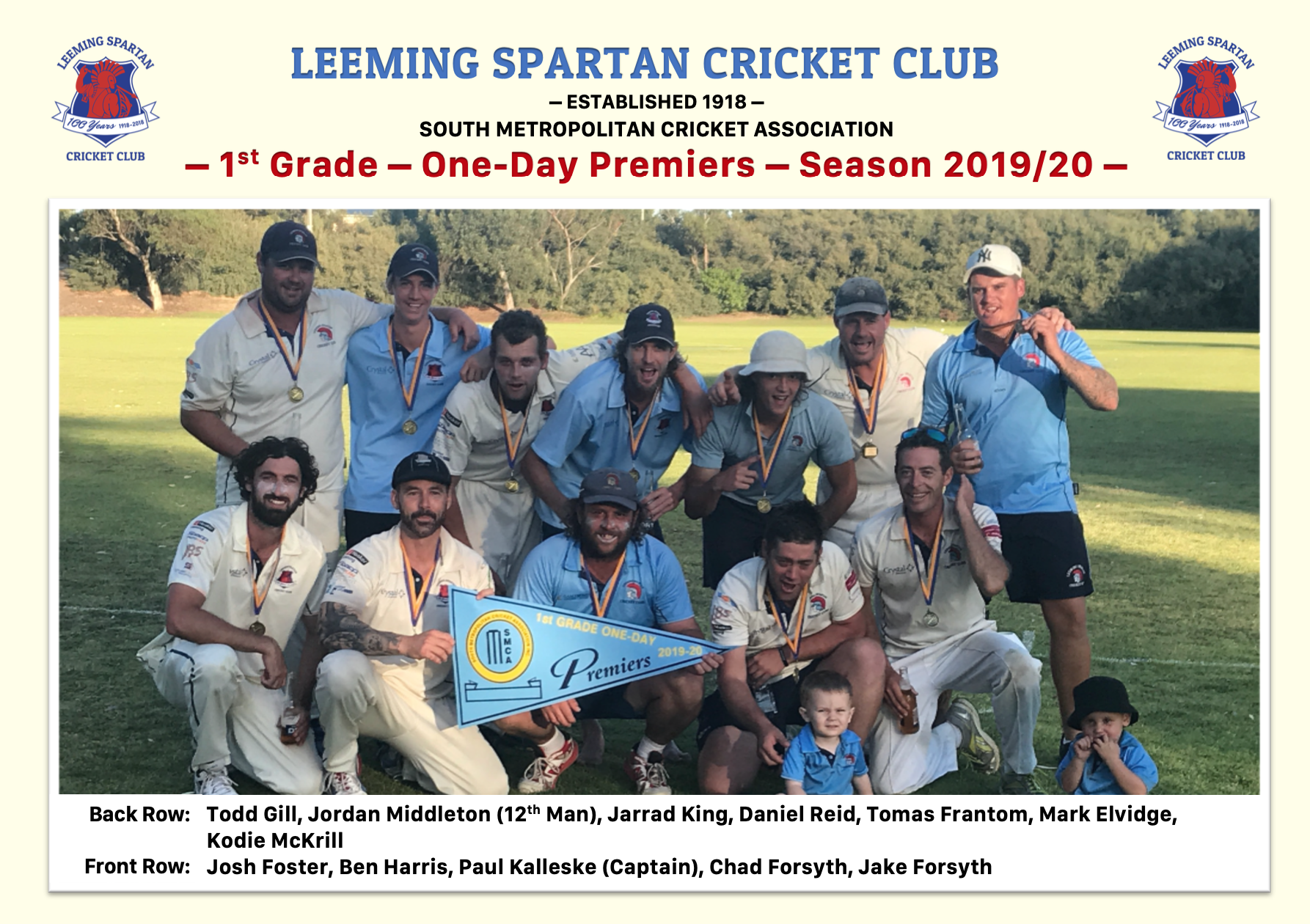 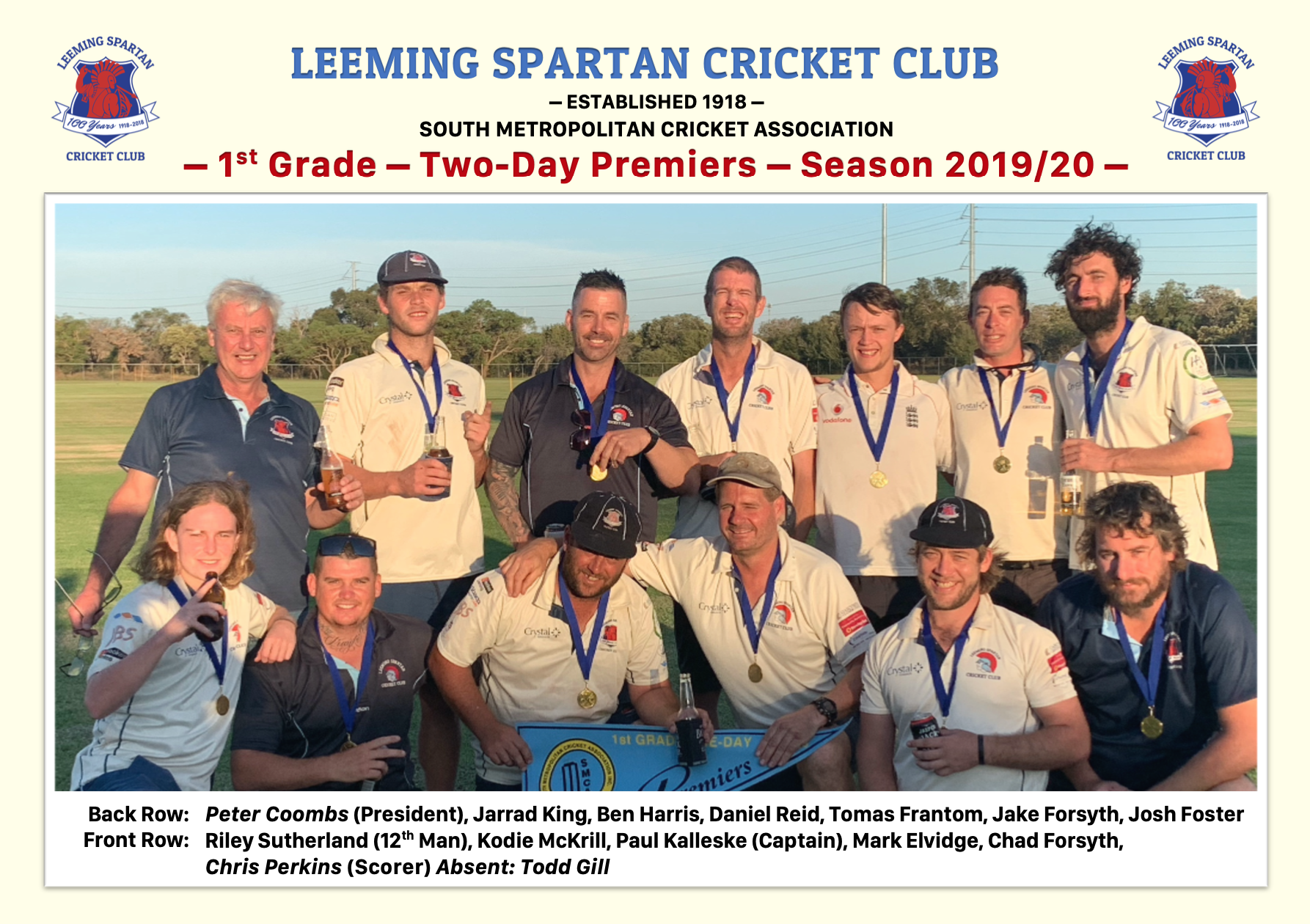 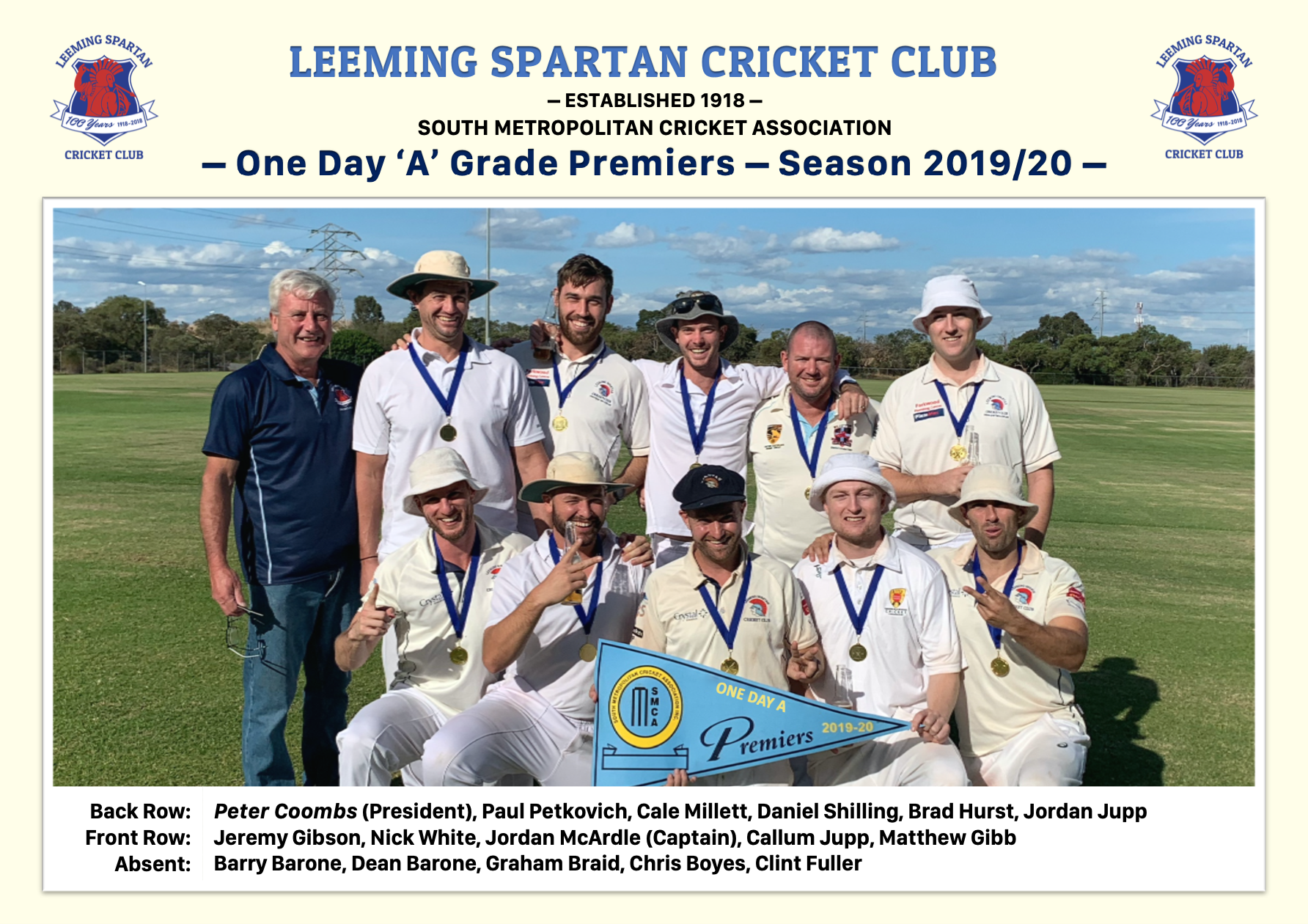 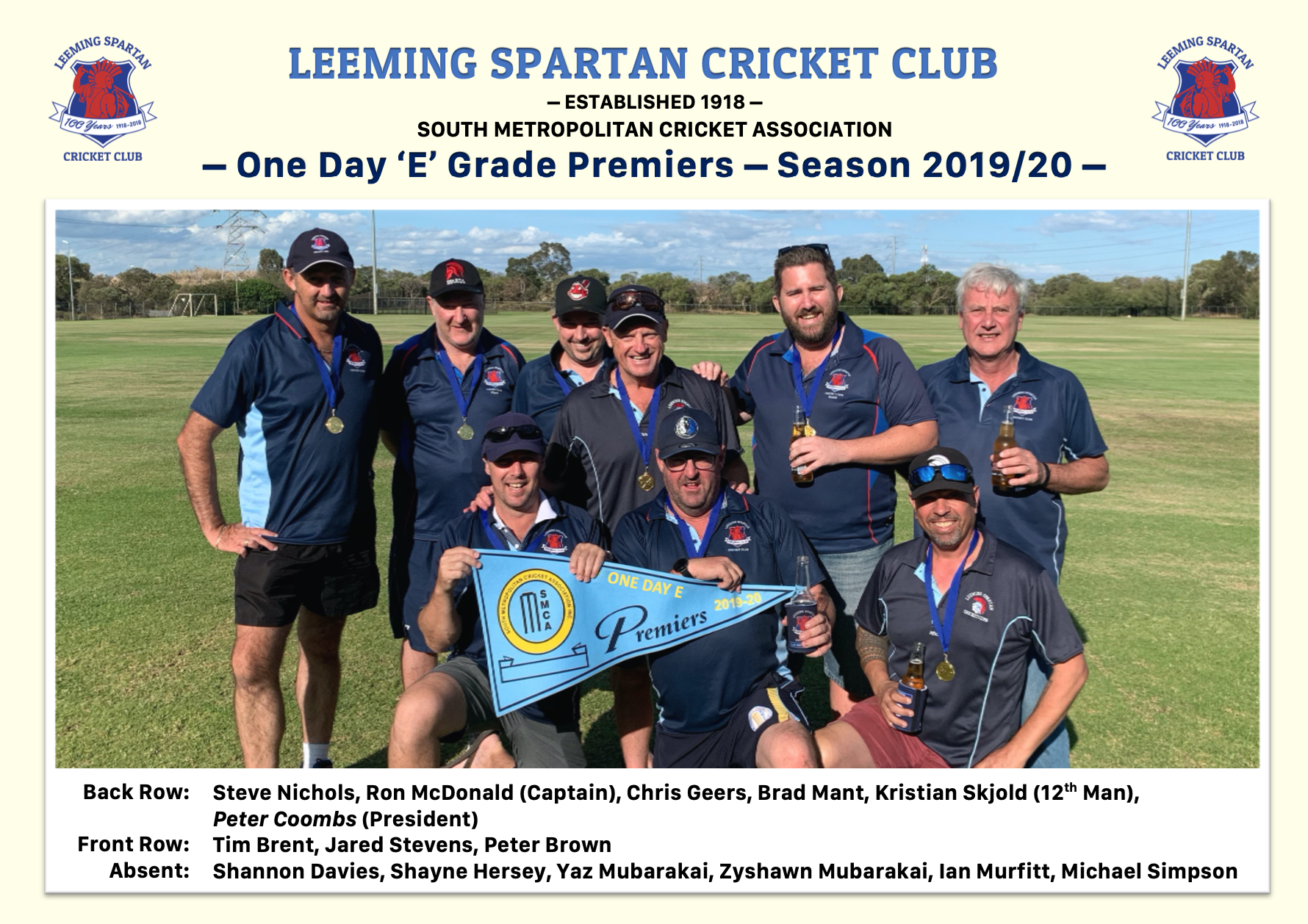