The City of Melville’s failure to provide the Leeming Spartan Cricket Club with adequate reserve space has reached a new low this week with the Club’s ninth grade struggling to find a location to play.

The Leeming Spartan Cricket Club currently has nine teams – all of whom play home and away fixtures meaning that for this season we require five home grounds in order to properly accomodate all of our sides. This is not the first time this has been the case, as we previously had nine teams in the early 2010s.

In recent years when four home grounds became standard for the Club, we even had to turn outside the City of Melville, which is the local government authority for where we are based (and have been for over seventy years). We made a desperate appeal to the City of Canning some years ago and were thankfully granted the Burrendah Reserve without issue, and have since moved on to the nicer Shelley Reserve following the Willetton Crows relocation back to the former.

Things this year are further exacerbated by the incredible number of Spartans we have representing the Club, with 99 taking to the field each Saturday. Amazingly, we easily have another ten who are on standby or are missing out given the situation.

This is where we find ourselves in quite the predicament this week. The addition of our ninth side, which plays in the South Metropolitan Cricket Association’s One Day ‘H’ grade is on the verge of potentially having to forfeit because we cannot find a location to play at.

A second oval on the John Connell Reserve would of course resolve all of these problems but given this is something that has been in the works for two and a half decades, we highly doubt that any change will occur soon.

In recent weeks the One Day ‘H’ troop has been pushed everywhere from Armadale to Karragullen – all for supposed “home games” despite being over 40 minutes travel time from Leeming.

We have relied heavily on the generosity of other clubs in the competition to provide us with a location to play at, meaning the players in this grade often only find out where they are playing on the evening before the match.

This week however, the SMCA and the Leeming Spartan Cricket Club have exhausted all avenues to try obtain a location to play, and pending a forfeit that aligns with our location, there is the real possibility that we are the ones who would have to abandon the match.

This would be a first in the club’s 103-year history, abandoning a game because we don’t have somewhere to play, and would be incredibly disappointing and unfair on the eleven players in the grade.

The issue will also be the same in the following week – round 14, which is the last regular game of the year. The reason for this is that both these games – round 13 and 14 were originally scheduled as byes for the grade but with the Leeming Spartan Cricket Club adding in this side, it meant there was an opportunity for matches to take place.

The predicament serves as yet another reminder (albeit a terribly disheartening one at that) as to the reasons why we desperately need an additional playing surface on John Connell Reserve. There simply are not enough grounds in the City of Melville to accommodate the Leeming Spartan Cricket Club and the number of players who wish to get out and be part of the Club by playing cricket.

We have often been told that the City of Melville is a council that is at “full capacity” and is a “city on the brink” given its age and level of development which means there is not much space left for sports grounds. The population of Western Australia is rapidly expanding outward and the metropolitan area is the biggest it has ever been.

It therefore simply beggars belief that given the John Connell Reserve is essentially 90% of the way to obtaining a second oval given its size already, and that only 18 metres of ground is required, that the project has not been completed.

As frustrating as it is on paper, it is now having disastrous effects on the Club and our amazing players.

For this Saturday’s game, we are continuing to look at our options including the chance of playing on a Sunday – although this is all speculative at present given it would require a lot of work and confirmation from the opposition who would well be within their rights to decline this option. Similarly, we would need to book the ground for Sunday with the City who may refuse the booking altogether or otherwise charge us at the hire one-off rate.

We are desperate to work with the City in relation to obtaining a second ground at John Connell Reserve, and no doubt discussions will continue in the future. In the meantime though, we will continue to find a solution for our remaining matches. 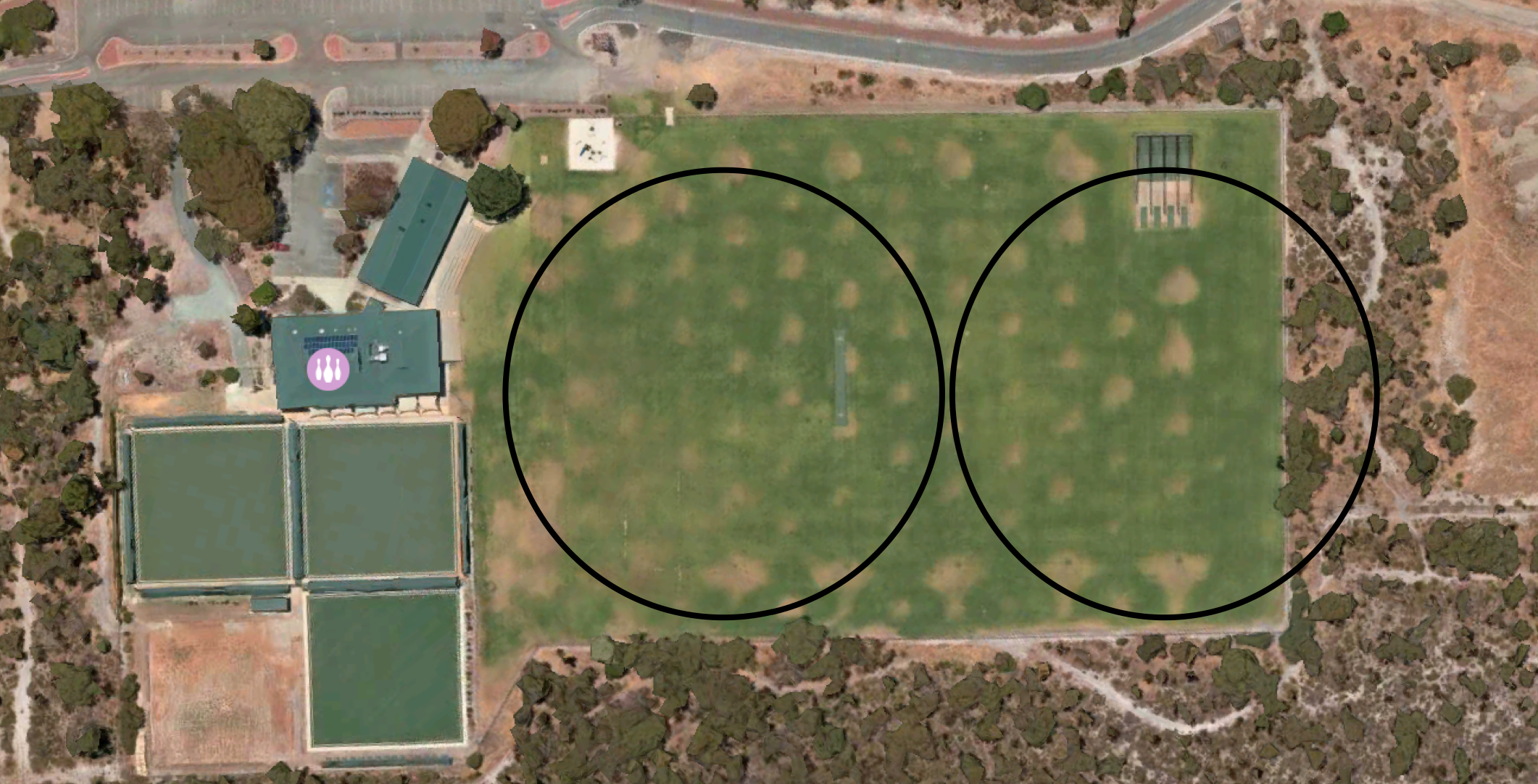 The Leeming Spartan Cricket Club is extremely close to having two ovals on the John Connell Reserve.