We continue to make the rounds in the local newspapers with our front-page feature in the Canning Examiner, as we continue to raise awareness of the importance of the John Connell Reserve Development Project, and our battles in trying to get the project commenced.

Most recently, we expressed the issues regarding the John Connell Reserve changerooms and their terribly dated design, which inhibits us entirely from bringing women’s cricket teams to the Leeming Spartan Cricket Club for the first time in our 103-year history.

The need for organising a women’s side is so critically important to the Leeming Spartan Cricket Club. It is our primary goal to provide everyone the chance to be part of this amazing Club and engage and come together under the one roof.

Our changerooms in their current state however means that this is completely impossible. With only the two changing rooms available in a building that is four and a half decades old, the rise of women’s sport is something we simply cannot partake in and continue to turn players away.

Our Leeming Spartan Junior Cricket Club, who already fields half a dozen girls sides, find the facilities so terrible that the players are opting instead to get changed in the carpark on match days. This is totally unacceptable and appalling, and gives us the increased passion and need to get these changerooms fixed.

We are trying to work with the City of Melville to make this happen, and both the State Government and Opposition have made enormous financial commitments towards getting this project up and running, however the City is refusing to cooperate and provide the exact specifics that the clubs require.

Primarily, they are yet to decide whether two or four change rooms would be best serving the community and have come up with exorbitant costings of either $623,000.00 or $829,000.00 for the two designs – despite the fact the building is already there and this should therefore greatly reduce cost.

Furthermore it is known by all users at the complex – the Leeming Spartan Cricket Club, the Leeming Bowls Club and Leeming Strikers Soccer Club – that neither of these numbers would suit and that instead six changerooms is what is required.

The situation is extremely dire and has been for quite some time given the many years since any proper forward-thinking maintenance occurred on the building. It has been largely left untouched since it was first built, perhaps most obviously with the exception of a new roof around 2006 when the building was condemned.

As such we are desperately pushing for these upgrades and need them pronto. We will continue to raise awareness of our situation and as the example in The Canning Examiner outlines below, we are fully prepared to do whatever it takes to make it possible.

A full extract of the article in question is visible below. 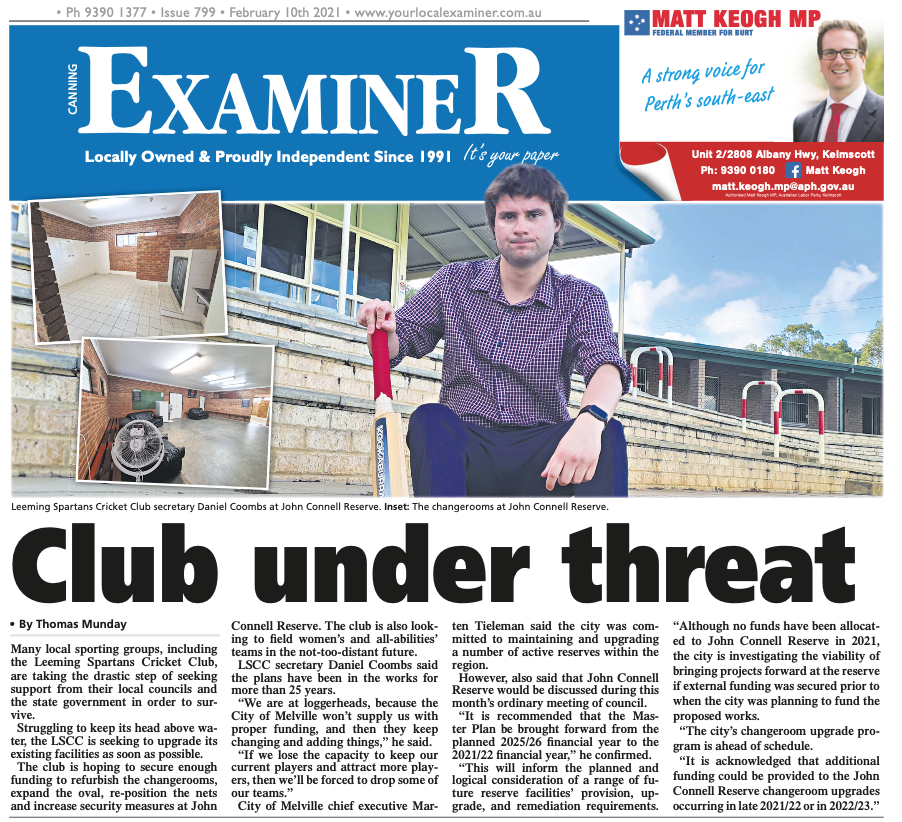 Club Under Threat
Article By Thomas Munday – The Canning Examiner

Many local sporting groups, including the Leeming Spartan Cricket Club, are taking the drastic step of seeking support from their local councils and the state government in order to survive.

Struggling to keep its head above water, the Leeming Spartan Cricket Club is seeking to upgrade its existing facilities as soon as possible.

The club is hoping to secure enough funding to refurbish the changerooms, expand the oval, reposition the nets and increase security measures at John Connell Reserve. The club is also looking to field women’s and all-abilities’ teams in the not-too-distant future.

Leeming Spartan Cricket Club Secretary Daniel Coombs said the plans have been in the works for more than 25 years.

“We are at loggerheads, because the City of Melville won’t supply us with proper funding, and then they keep changing and adding things,” he said.

“If we lose the capacity to keep our current players and attract more players, then we’ll be forced to drop some of our teams.”

City of Melville chief executive Marten Tieleman said the city was committed to maintaining and upgrading a number of active reserves within the region.

However, Tieleman also said that John Connell Reserve would be discussed during this month’s ordinary meeting of council.

“It is recommended that the Master Plan be brought forward from the planned 2025/26 financial year to the 2021/22 financial year,” he confirmed.

“This will inform the planned and logical consideration of a range of future reserve facilities’ provision, up- grade, and remediation requirements.

“Although no funds have been allocated to John Connell Reserve in 2021, the city is investigating the viability of bringing projects forward at the reserve if external funding was secured prior to when the city was planning to fund the proposed works.

“The city’s changeroom upgrade program is ahead of schedule.

“It is acknowledged that additional funding could be provided to the John Connell Reserve changeroom upgrades occurring in late 2021/22 or in 2022/23.” 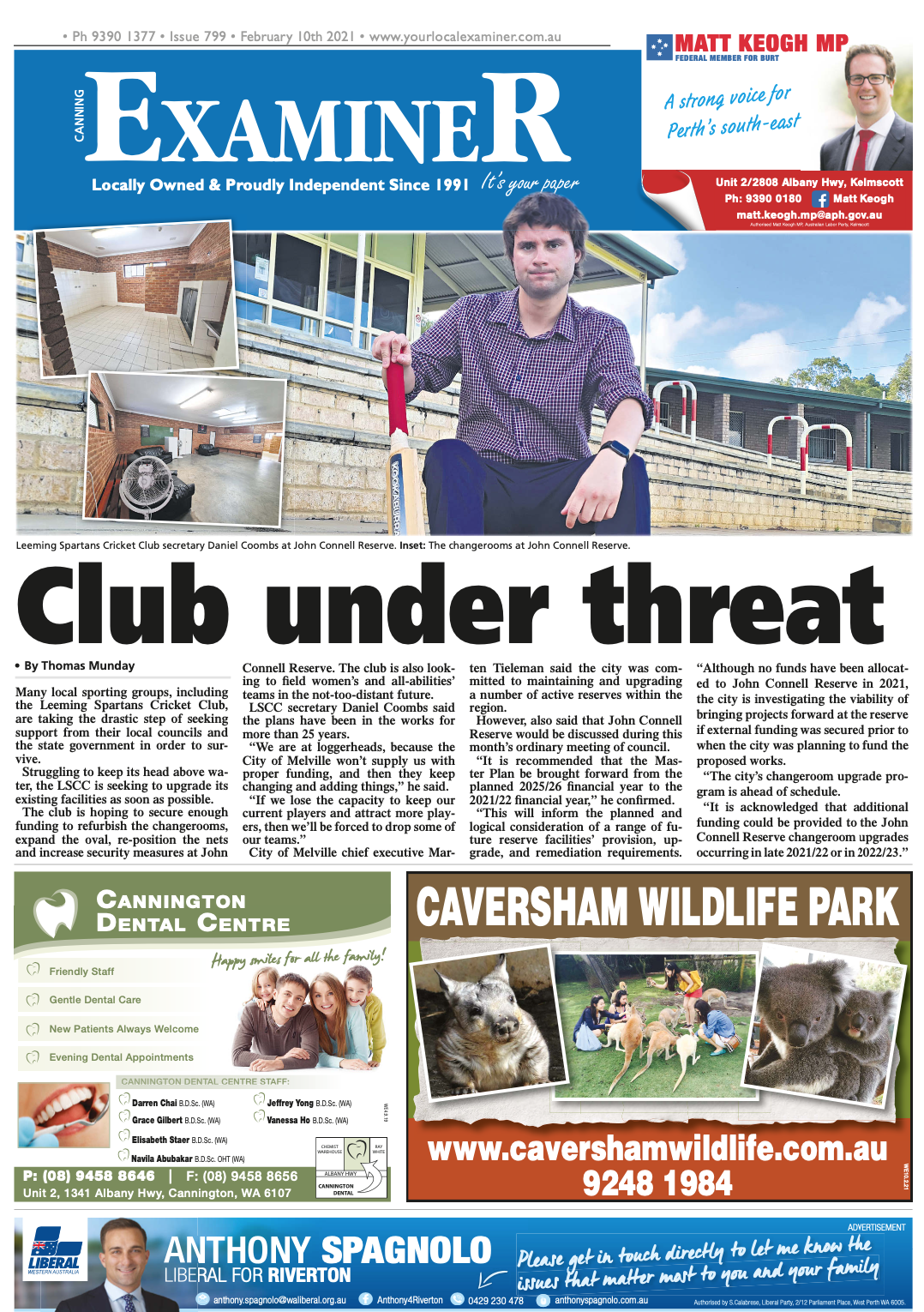