The Leeming Spartan Cricket Club can today confirm that our Club Captain Matthew Milton has announced his immediate retirement.

On behalf of the Club, we would like to congratulate and thank Matthew on his service to the Spartans over the past two seasons.

Under Matthew’s watch, the Club not only returned to First Grade finals for the first time since 2014, he took us to the brink of premiership glory for two years running.

This past season, Milts was a crucial member within the Club’s playing structure, and his efforts saw us reach the Grand Final for the second year running.

He departs the Club on the back of a very strong season on a personal level – having made 286 runs this season including a fine 111 against SJ Blues in November last year.

A former WACA first eleven member for Fremantle, he has been one of the finest bats in the South Metropolitan Cricket Association competition for over half a decade now, and offered us a more than handy option with the ball.

His fantastic contributions to the Leeming Spartan Cricket Club have not gone unnoticed – he is an extremely well-liked member of the club and we want to thank him for all his hard work.

Late last year he and wife Krystal welcomed their second child, and

The Leeming Spartan Cricket Club certainly wish Matthew and family all the best for their future endeavours, and we look forward to seeing them around the clubhouse next season!

Despite not playing on in 2018/19, he will be very much around the clubhouse in our one hundredth year, and we look forward to celebrating our incredible milestone with him in the months to come! 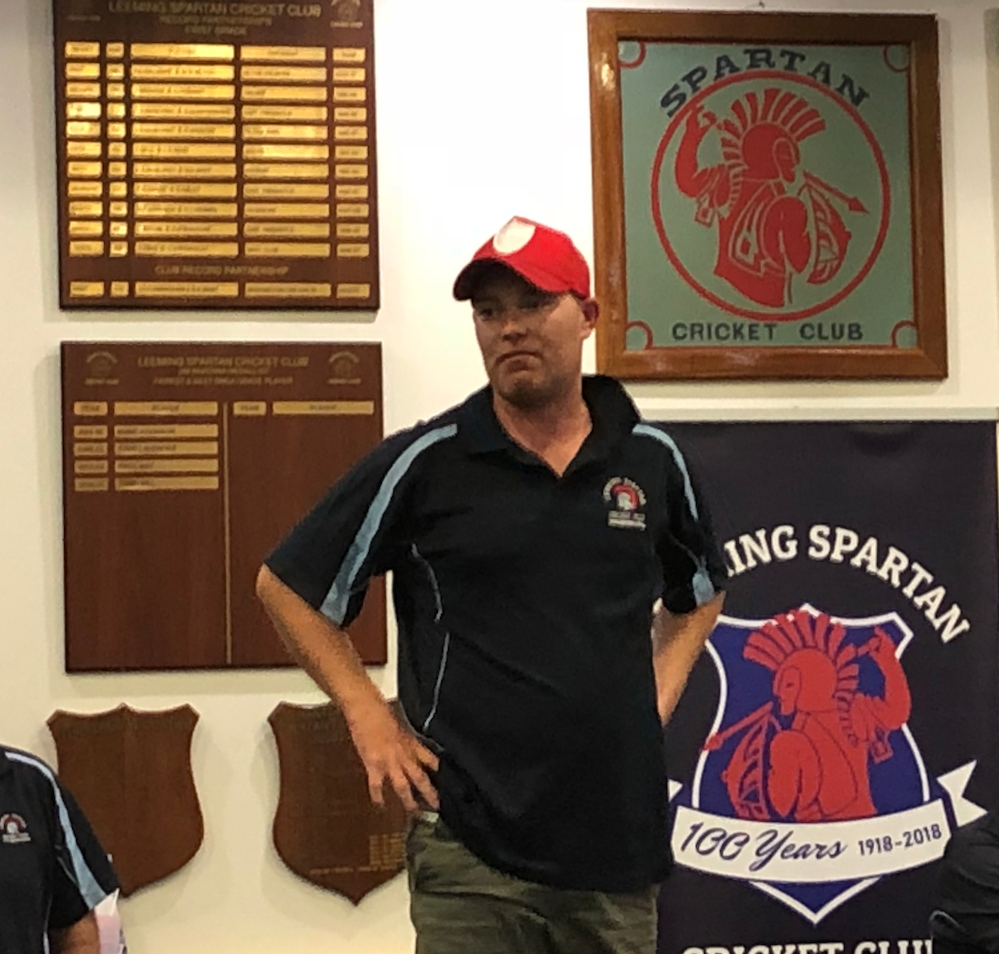