No, unfortunately it is not ground being broken on the repositioning of the nets at John Connell Reserve – but instead it is the resurfacing of the bowler’s run up on the existing nets – a long overdue maintenance requirement from the City of Melville.

Many will know that the Leeming Spartan Cricket Club is once again strongly pursuing the upgrading of the John Connell Reserve ground with hopes to include six new cricket nets in a better position towards the clubhouse and the long sought-after wishes to incorporate a second oval at John Connell Reserve.

With the office-dwellers, rather than the councillors, at the City of Melville putting those plans on hold for the time being (as it is still “the City’s preferred option to proceed with these in 2026” – which will likely be delayed anyway), the local shire has finally made arrangements to see the turf at the bowler’s end of our existing nets flattened and resurfaced.

This is being seen as a temporary solution to the ground, however it is a truly welcomed upgrade as safety had become quite an issue.

The run-up for bowlers at John Connell Reserve had become quite dangerous in that there was a considerable drop where the grass met the cement for the cricket nets, meaning ankles or worse were at risk for bowlers running in.

Thankfully, the local shire has opted to flatten the ground in the run-up towards the nets which should now hopefully bring everything squared off and in line, instead of the drop that we had all gotten used to.

Better yet is that the works are being completed this week before the season begins, meaning the developments will have no impact on the Leeming Spartan Cricket Club or our pre-season training which commences on Sunday September 13th.

Be sure to check out the photos of the resurfacing of the bowler’s run-up at John Connell Reserve below. 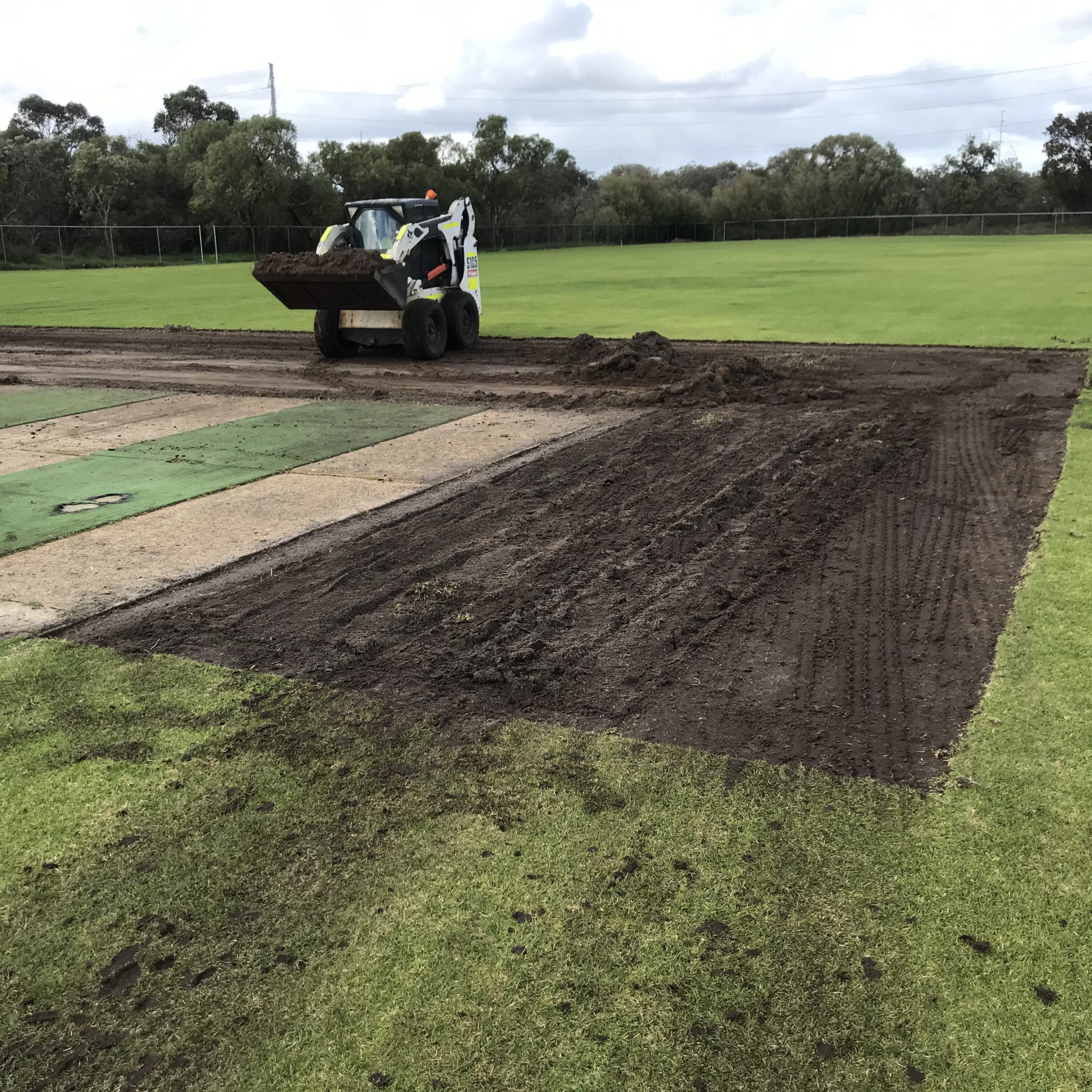 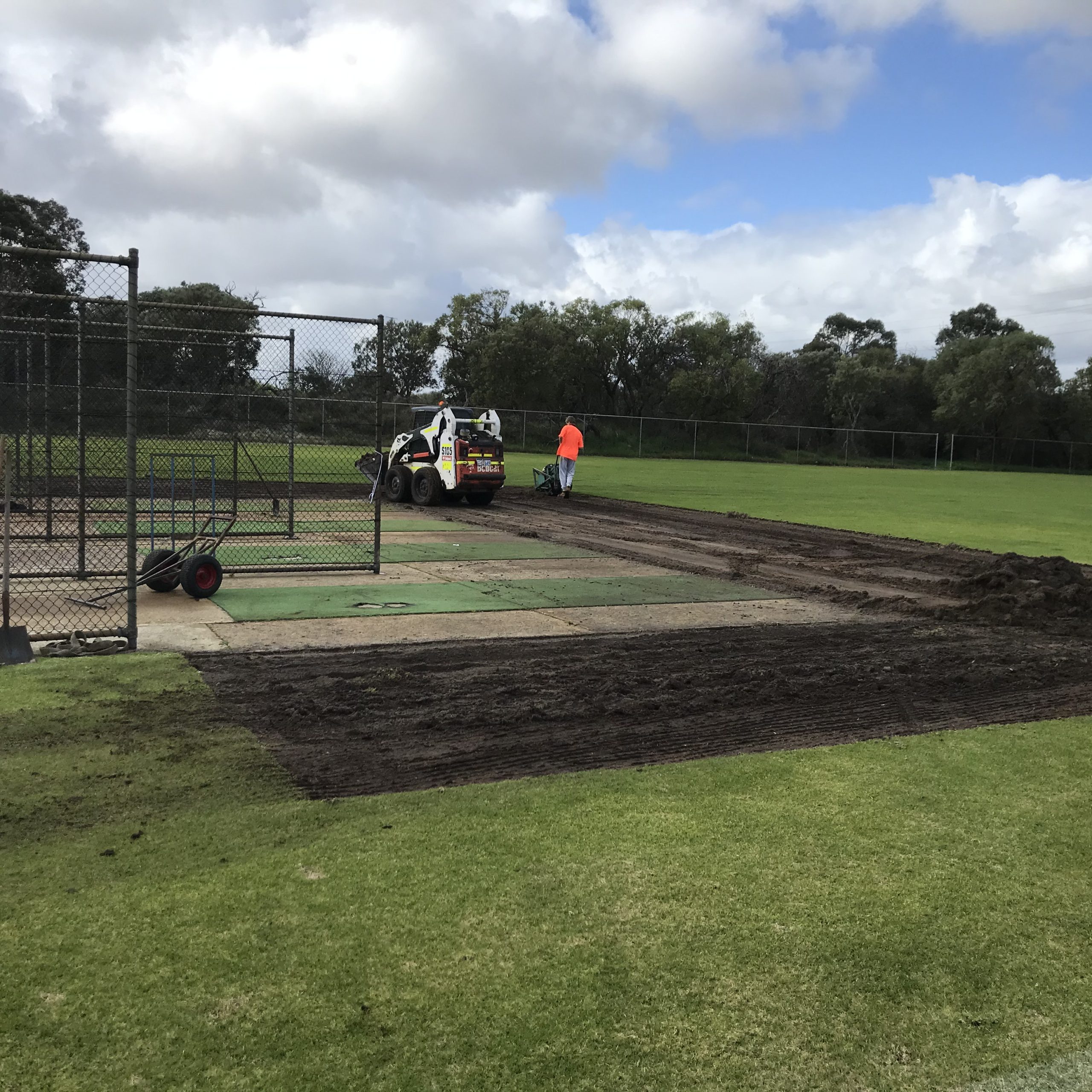 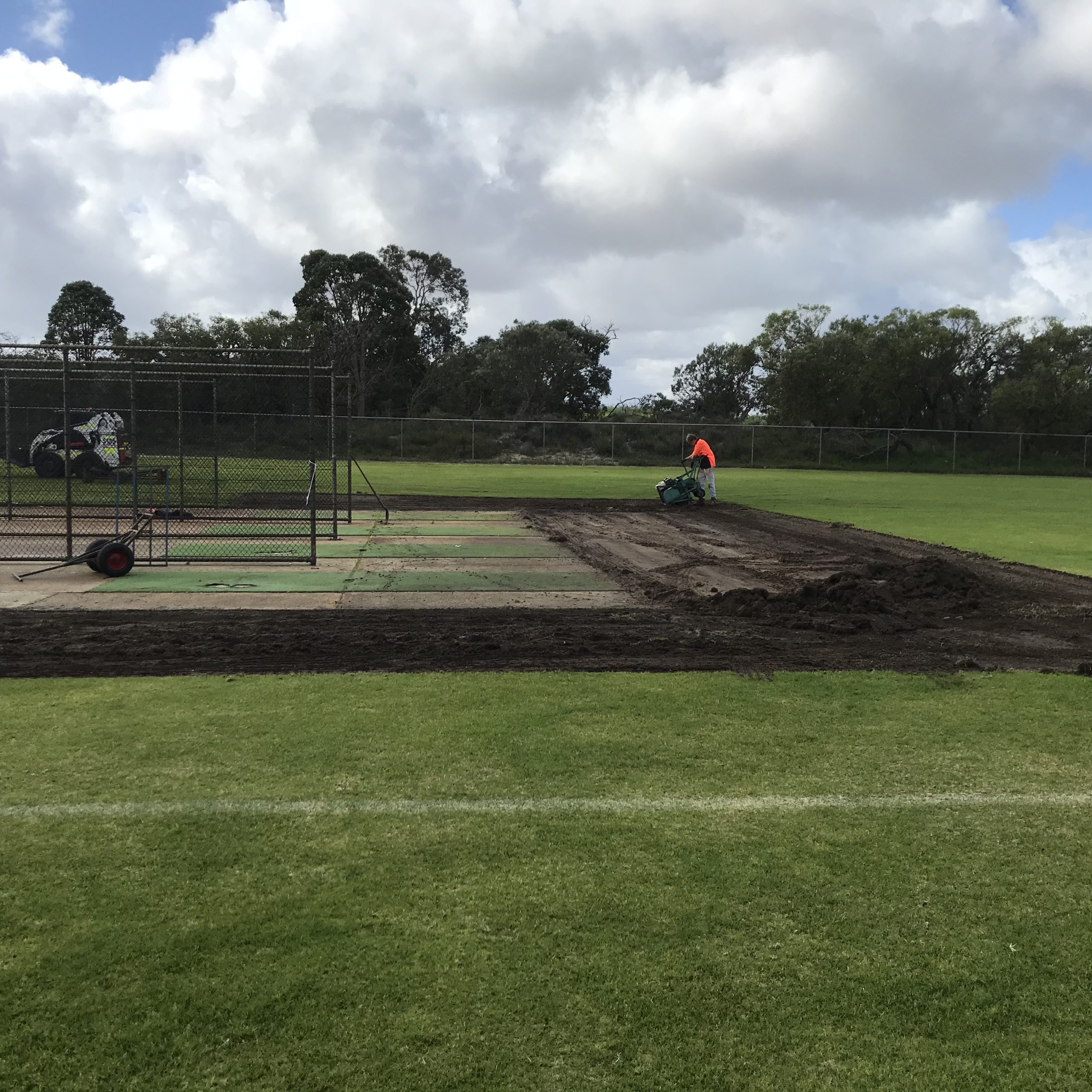