The Leeming Spartan Cricket Club has last week announced that it will field an impressive ninth side who will represent the Club, equalling the record for the most teams fielded by the Club in our 102-year history.

This formidable ninth side means that each week, 99 players will be taking to the field for the Club all across the south metropolitan area. The Club also fields a Formula15 side on Tuesday nights (with fixtures to be announced) meaning in all, ten teams for the Club have been nominated and are playing each week.

This also means that the Leeming Spartan Cricket Club now boasts the most teams out of any Club within the South Metropolitan Cricket Association, after surpassing Cockburn Cricket Club’s eight sides, an unprecedented six of which are in the two-day competition.

The Spartans meanwhile will field two two-day teams in the top two divisions and we begin the season as reigning premiers in First Grade. The Spartans will also boast seven one-day sides all playing 35-over cricket and this means that we will have a one-day side in every grade bar one with appropriately the One Day ‘D’ (ODD) being the “odd” one out.

The Spartans are fielding a whopping nine sides this season, equalling our record for the most sides ever fielded by the Club in our 102-year history!

The ninth side was added recently and will take the remaining position in the One Day ‘H’ grade, which means there will not be any bye rounds across all the grades.

This One Day ‘H’ side is going to be a terrific one for the future of the Leeming Spartan Cricket Club as it will feature predominantly our youngest and newest Spartans, who have ventured up from the Leeming Spartan Junior Cricket Club. Disappointingly, the junior club is not fielding an Under 17s side this year and with a great number of young Spartans with impressive talent itching to play cricket we were delighted to see them make the jump up to the senior club and get them in and among the ranks early.

Perhaps best of all is that they will be playing alongside their Dads and the side is going to be very expertly captained by Matt Trinder, whose son Kaiden is also in the team and already impressing after scoring 17 last weekend.

With that in mind, be sure to head down to the Leeming Spartan Cricket Club this week and continue enjoying all the action! 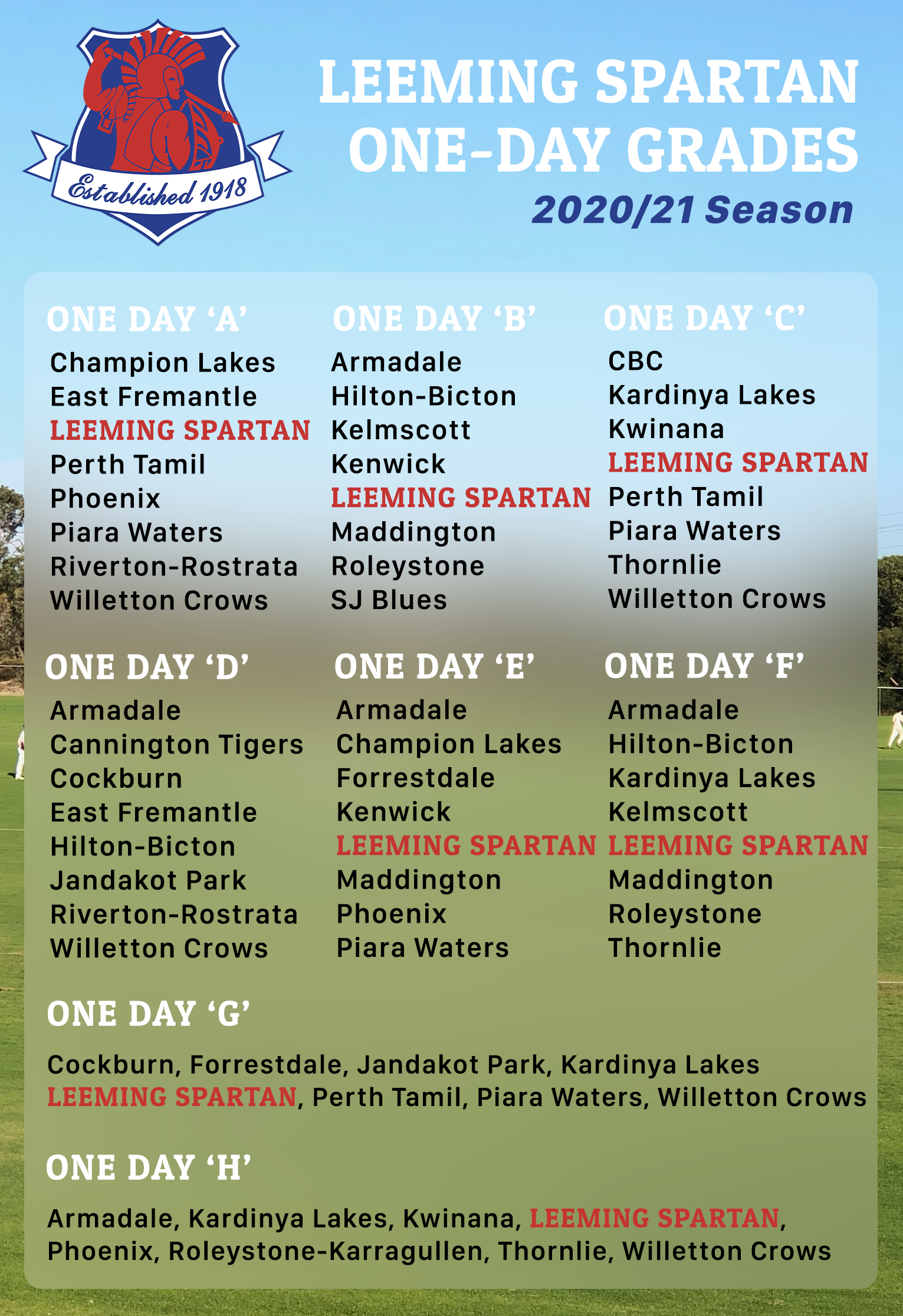