Head down to the Leeming Spartan Cricket Club this coming Thursday after 6:00pm to see who will be crowned our best on-field performer of the season in 2020/21!

We will be turning our attention away from all that has been going on at the John Connell Reserve and the failures of the City of Melville – albeit briefly – as we instead opt to celebrate what has been yet another extraordinary season at the Spartans which sees seven out of our nine sides playing finals, including First Grade who finished as Minor Premiers!

We will be seeking to crown the Spartan who has been our best on-field performer this coming Thursday in what is our annual Read/Waterer Medal Night for 2021 – our night of nights as we count round-by-round and see who polled the most votes.

It’s arguably the biggest vote count of this year, and it all takes place this coming Thursday from 6:30pm at the Leeming Spartan Clubrooms at John Connell Reserve.

All Spartans, past and present, Sponsors, family and friends, and those associated with the Club are invited to attend the award ceremony, and given the successes seen in all nine grades this year it is bound to be a close one!

The Lew Read–Brian Waterer Club Champion Medal is awarded annually to the adjudged best on-field player at the Leeming Spartan Cricket Club, as decided upon in a round-by-round vote count. 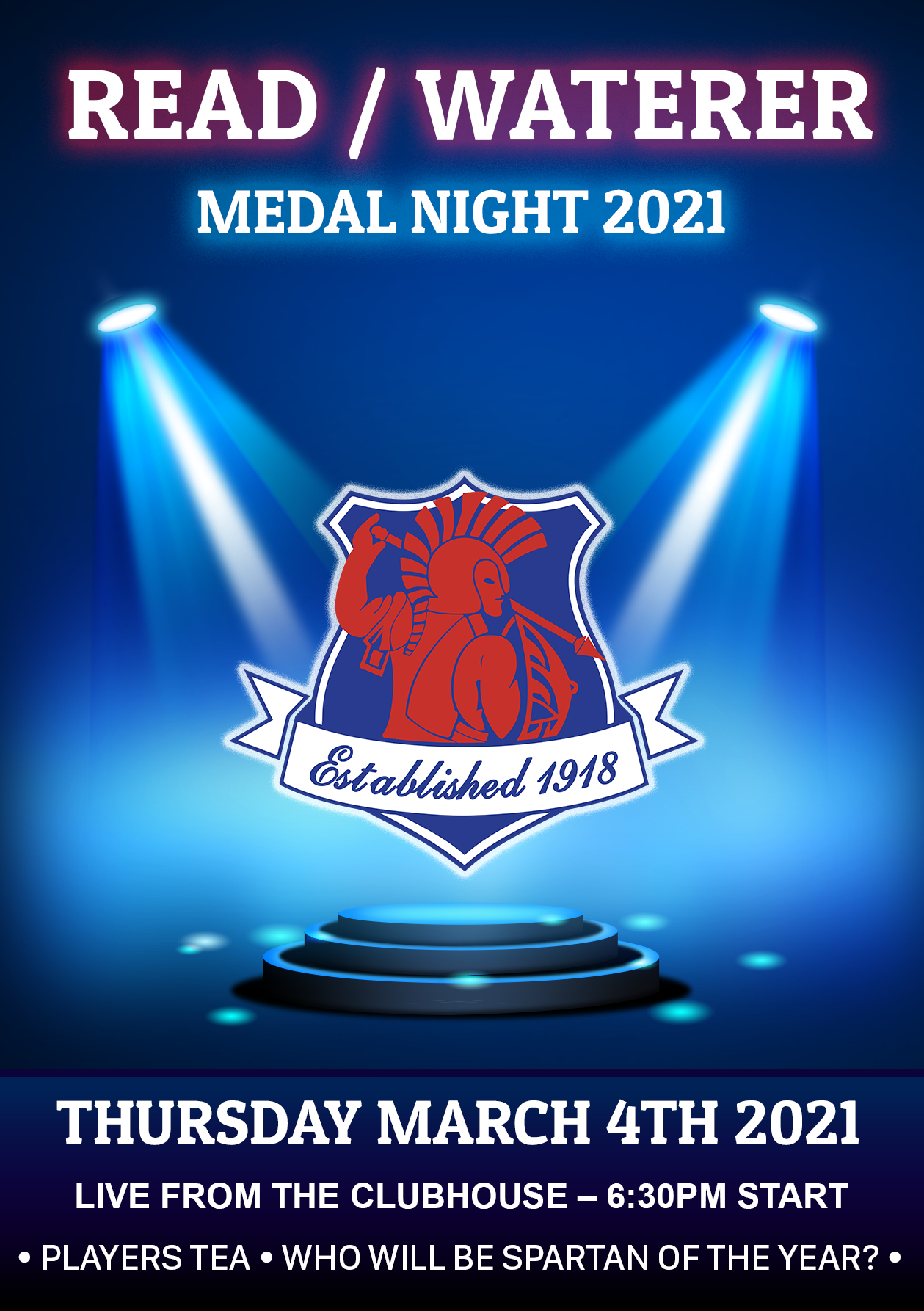 The Read/Waterer Medal
An award with a long history.

This is going to be a massive night, and it is always hugely entertaining to watch the round-by-round voting presentations.

MC Hack makes for a very enjoyable and memorable overview of the performances, and our Player’s Tea and cheap drinks are very much the icing on the cake!

Be surprised at where you have (or haven’t!) polled votes throughout the season, as us individuals learn exactly what our captains think in terms of our personal season performances!c

This season, we’re speeding up the process by introducing a revamped format for the night, meaning you’ll never lose interest throughout the voting rounds. Due to the impact of COVID-19 we have seen less rounds and a change in the way votes are awarded for each and every grade. For example, our two-day sides did not play any one-day fixtures this season which is unlike all others where they tend to play half two-day and half one-day games. Instead, we participated in a series of T20 matches, which although counting towards the Read/Waterer medal tally do not account for as many votes awarded.

The process has been fine-tuned and has seen Sre, Hacky and Daniel get everything in order for what promises to be a hugely entertaining night!

Last year saw the Read/Waterer Medal Night serve as the final official function of the season at the Leeming Spartan Cricket Club before we were wiped out by COVID-19. It was a nail-biter that was ultimately deservedly won by Kodie McKrill in what was his second Club Champion victory.

You can check out the full list of past winners below!

So we cannot wait for the 2021 Read/Waterer Medal Night to take place this coming Thursday, and we cannot wait to see you there! As always it promises to be a hugely enjoyable night with a lot of laughs and fun, a Player’s Tea (free dinner) and the answer to the biggest question of the year – who is the best player at the Leeming Spartan Cricket Club!