Spartan All-Rounder Kodie McKrill has capped off his season in style by becoming a Joint Winner of the Jim McKenna Medal for Season 2019/20.

McKrill who was just awarded our Read/Waterer Medal as the Best & Fairest Leeming Spartan of the Season, has been announced as the SMCA’s 1st Grade equal best player. He tied on 16 votes with CBC’s Andrew Galbraith, who has now claimed this award for the past three seasons.

The Jim McKenna Medal is voted on by the umpires from each 1st Grade fixture who award votes on a 3,2,1 system.

Congratulations also to our own Chad Forsyth, who also completed a great season by finishing tied for second place on 15 votes with CBC’s Mark Rice.

See below the final leaderboard and season stats for the winners: 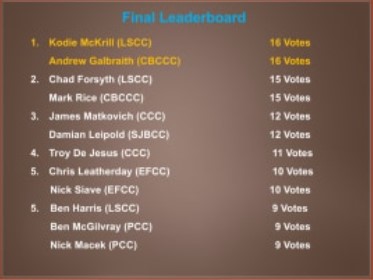 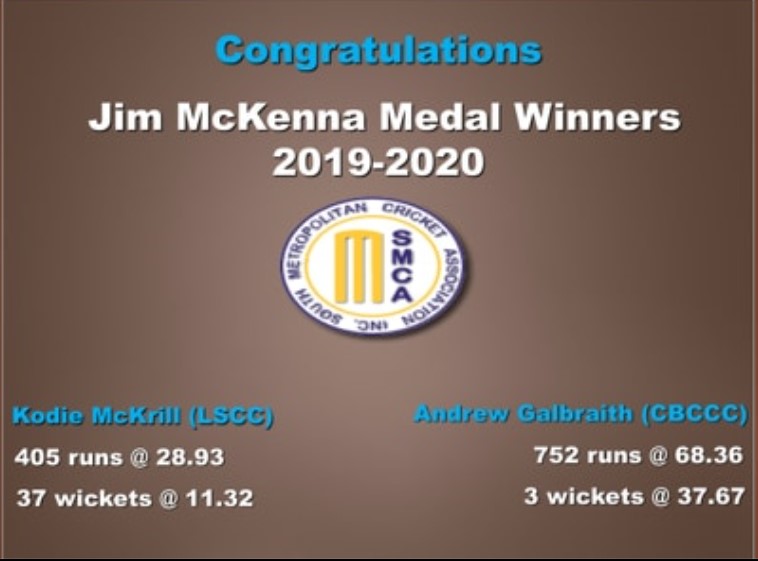