Please be advised that despite WA’s movement out of its current COVID hard lockdown, the Leeming Spartan Cricket Club’s clubrooms will remain closed to the public and members on Saturday February 6th.

A private function has been booked in lieu of the fact that there are no cricket matches being played tomorrow.

As was announced earlier in the week by the SMCA (the governing body for the competition in which we compete), all matches for this round have been abandoned and as such there is no cricket being played tomorrow by the Leeming Spartan Cricket Club.

The Club had planned to open the clubhouse in order to broadcast the BBL Final between the Scorchers and the Sixers, however due to a sudden change of plans it will now be closed for all members. We apologise for any inconvenience.

Obviously the Leeming Spartan Cricket Club would have been delighted to take to the field tomorrow for all of our nine sides but alas this was not to be the case given the important measures being taken by the state to keep everyone safe.

We will however endeavour to reopen next week and will be announcing what is required in order to open up in the coming days. 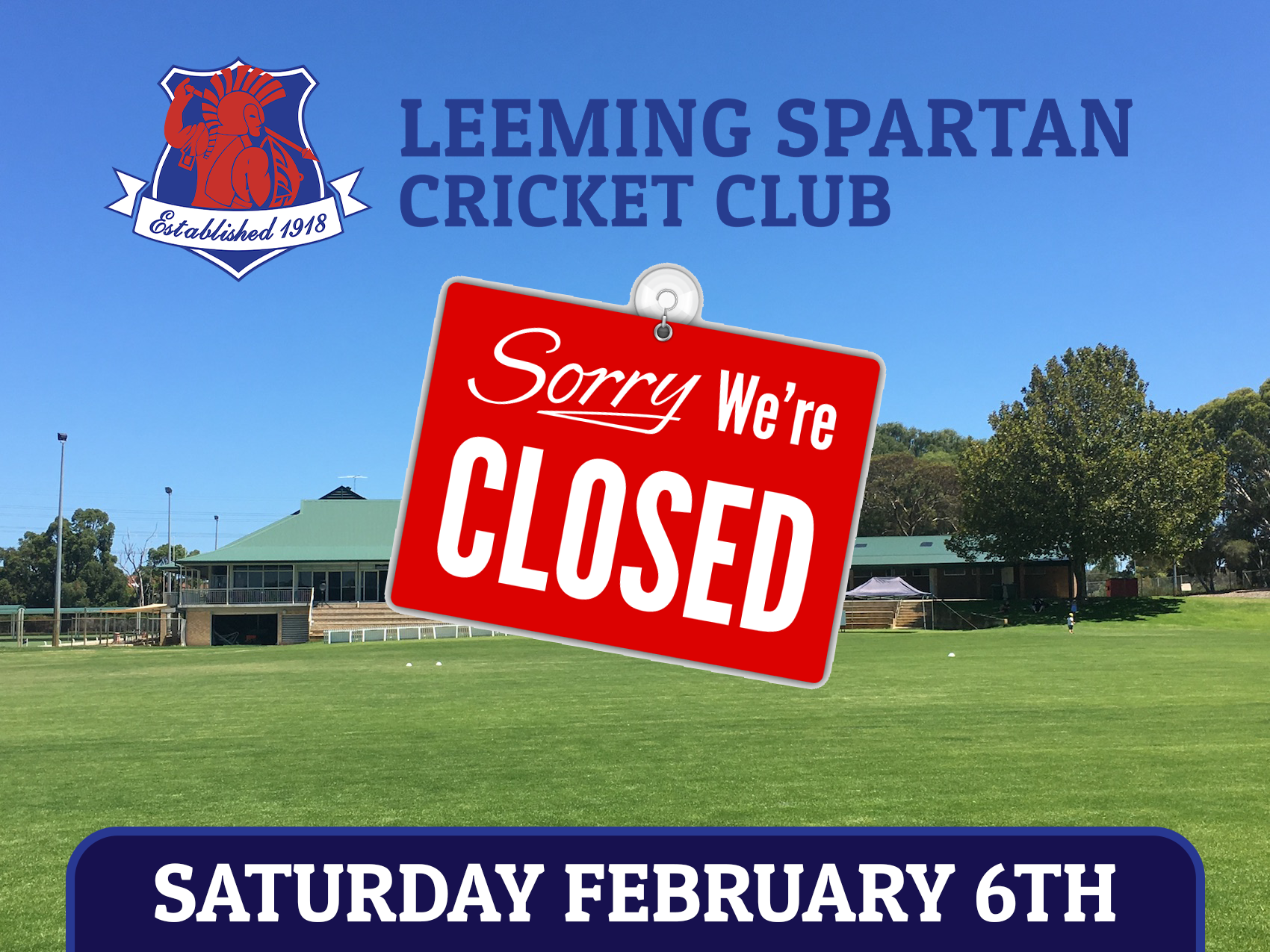