Following a recent meeting of the newly elected Leeming Spartan Cricket Club Committee, a change to the way Leeming Spartan records statistics in relation to our shortest format of cricket was unanimously decided.

The decision was made to incorporate the Formula15 statistics and matches played into the overall Leeming Spartan Cricket Club statistics record. The decision ultimately was an obvious one and was based on the fact that Formula15 games are the same as our Saturday two-day and one-day matches in that they are all played for a premiership, are official SMCA-sanctioned matches and have proper umpires.

This means that the handful of Formula15 games played by Leeming Spartan Cricket Club to date will now be included in the official stats page available on our website.

We already include our triumphant campaign in early-2018 when we won the Formula15 flag as one of our offical Club Premierships, so it was a natural progression to include statistics as well. They have already been added to our overall statistics and alas no new milestones have been achieved. To date, the Leeming Spartan Cricket Club has played less than 20 Formula15 matches, with Josh Foster leading the way on 15 games played. You can view the full list of stats solely from Formula15 games below.

For those not in the know, the Formula15 is the newest competition from the South Metropolitan Cricket Association and serves as a Tuesday-afternoon competition during summer lasting only fifteen overs, with a semi-final and grand-final at the end to determine the victors. In our first year in the competition, the Leeming Spartan Cricket Club won the premiership after defeating Phoenix in 2018 at Tempest Park.

Leeming Spartan Formula15 matches will now be included in our offical statistics database for the first time.

It also serves as a great way for us to give experience to our youngest players, and many have featured heavily in the matches. Last year saw the Spartans ultimately be defeated in the semi-final by Armadale but overall had a highly successful season, highlighted by Todd Gill hitting the first Formula15 hundred for the Spartans.

Given the extreme popularity of the competition it does not appear to be going away anytime soon, and as such with official scorers, umpires and officials, it only makes sense for the games to be included in our career statistics. There will not be a drastic change as you will see below, given the fact that only a handful of matches to date have been played.

The Formula15 games are open and available to be played by anyone at the Club and the possibility of adding further sides can also always be considered if appropriate. The 2020/21 Formula15 season will take on added significance as it is expected the winning team will go on to represent the SMCA in the Cricket West competition (the ‘Yellow Caps’) due to the impact of COVID-19 shortening the season. 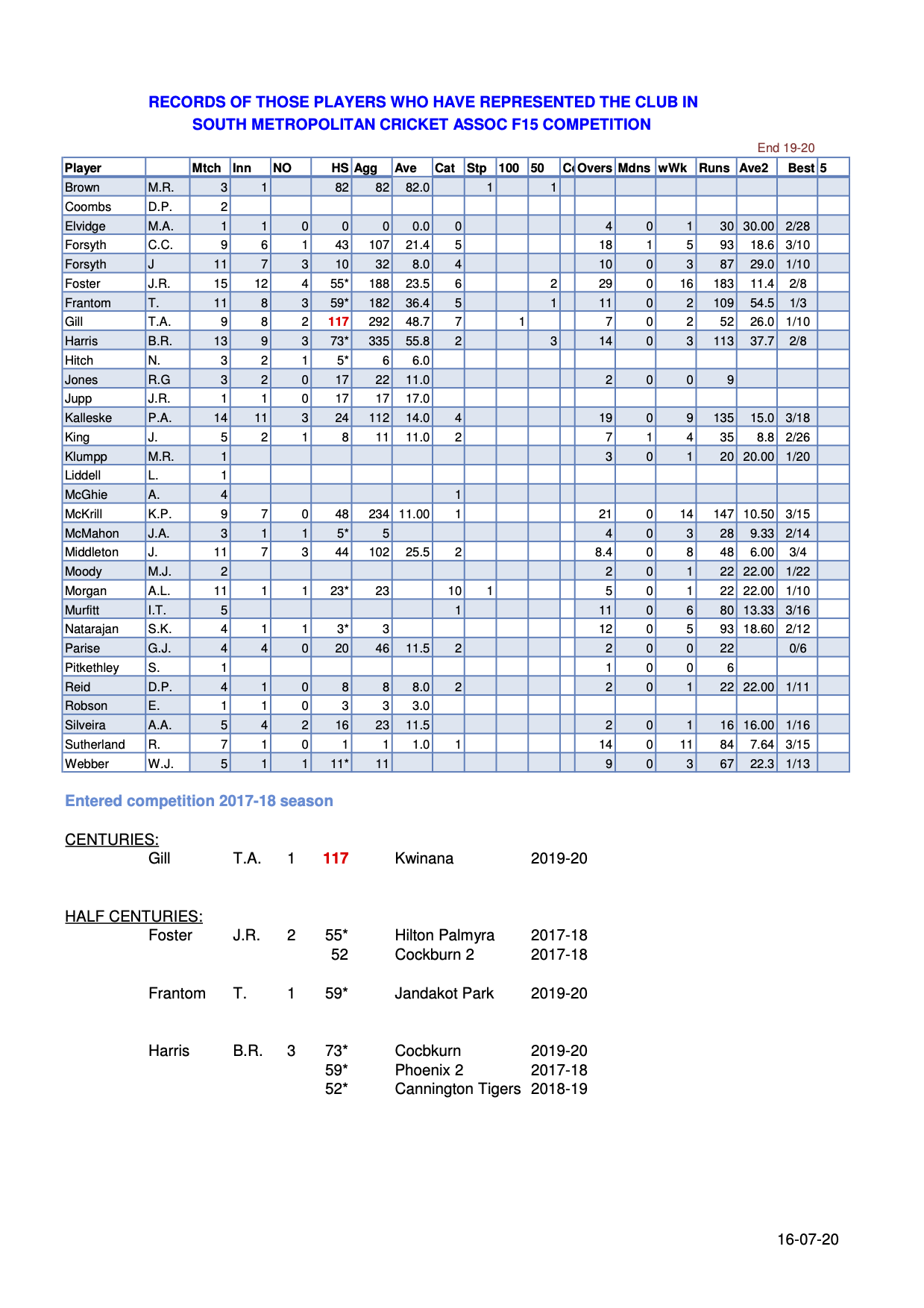 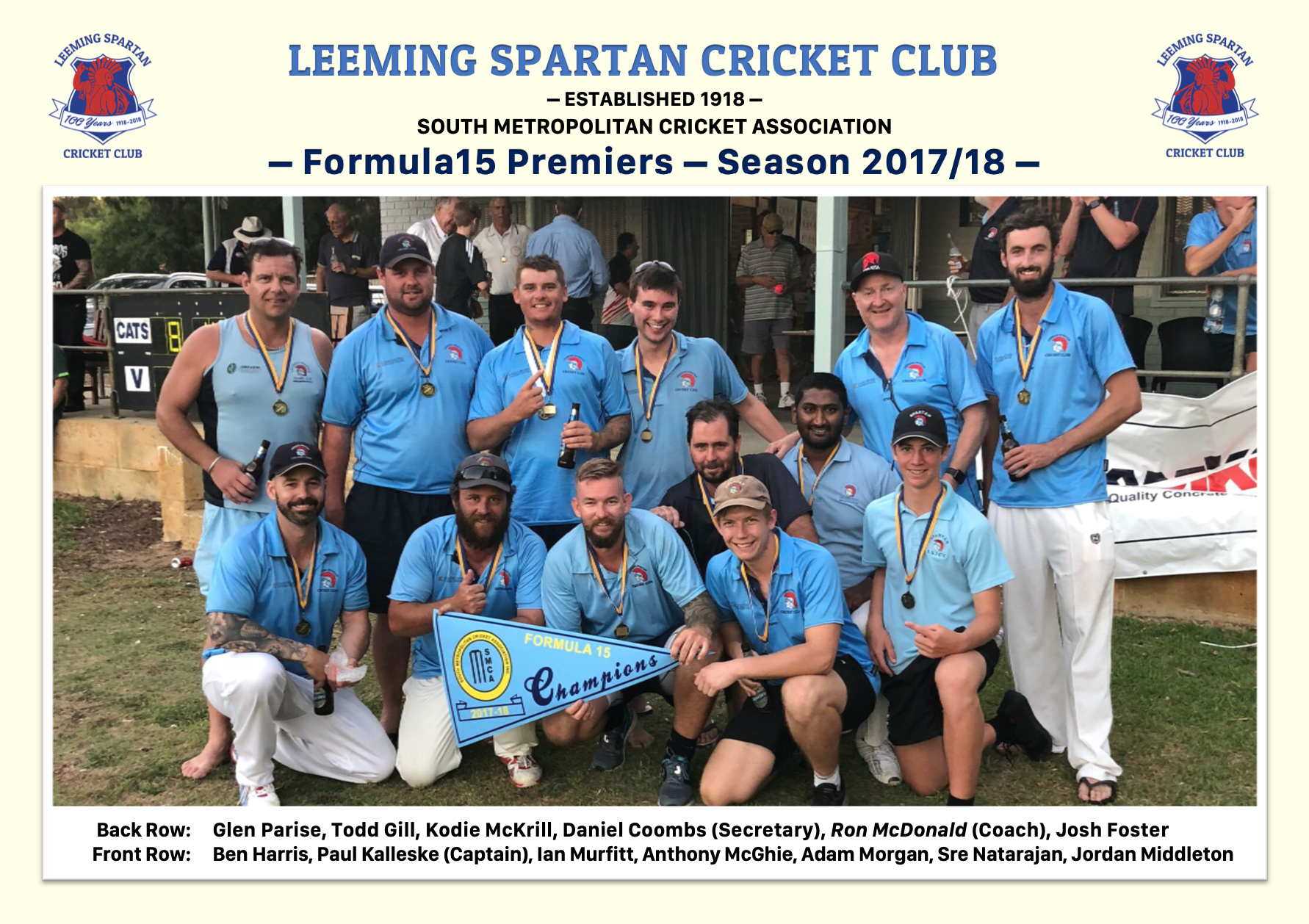 Please note that a decision is yet to be made on whether the previous competitions that are are of a similar nature the Leeming Spartan Cricket Club has participated in will be included in the statistics going forward. This will be discussed at a later time and a decision announced accordingly.