Who will be crowned the Spartan’s best on-field performer of 2018/19? Find out Thursday, March 14th at our annual Read/Waterer Medal Count!

The Leeming Spartan Cricket Club’s Champion Player Award returns on Thursday the 14th of March, LIVE from the Clubhouse on John Connell Reserve from 6:30pm!

All Spartans, past and present, Sponsors, family and friends, and those associated with the Club are invited to attend the award ceremony, and we’re expecting it to be our closest one in many seasons.

This is without doubt a hugely enjoyable night, so please make sure you get down to the clubhouse to experience the fun!

Do Not Miss Out!

With Plenty Of Fantastic Raffles & Prizes 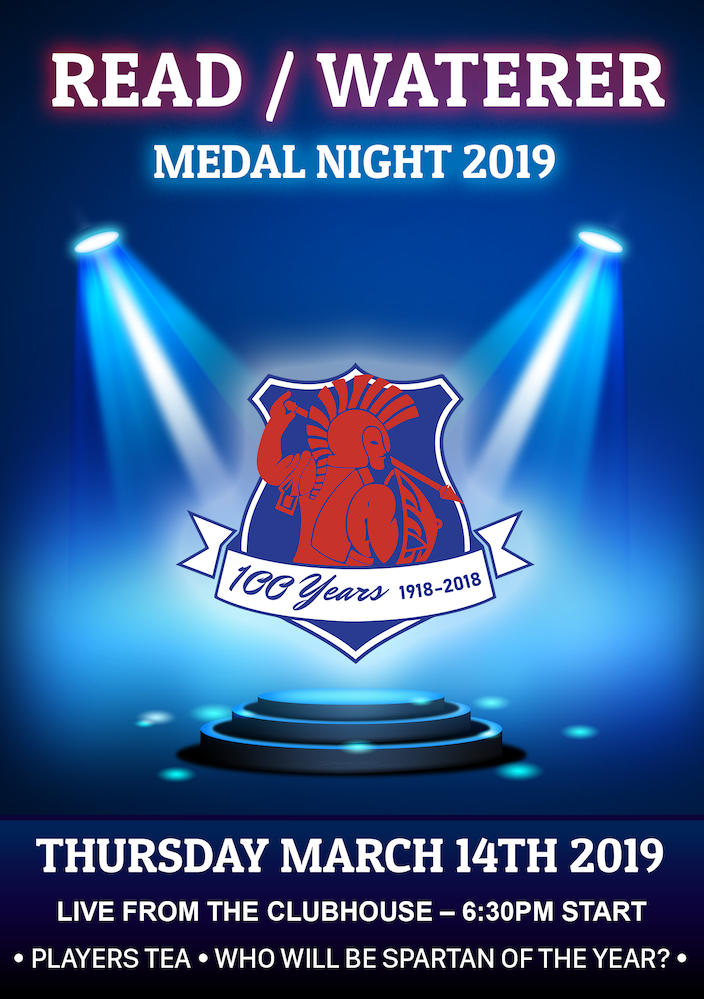 An award with a long history.

Lew Read, just after receiving his Life Membership in 1970.